AFC Bournemouth will be looking to maintain their unbeaten start in the Championship when they host Barnsley on Saturday (3pm kick-off).

The Cherries have taken nine points from their first five league games, beating Nottingham Forest and Birmingham and drawing with West Brom, Blackpool and Hull.

Barnsley were beaten by Swansea in the play-off semi-finals last season with head coach Valerien Ismael leaving the club for West Brom a month later.

He was replaced by former Austria international Markus Schopp who enjoyed an illustrious playing career which included winning the Austrian Bundesliga with Sturm Graz.

Under Schopp, the Tykes have picked up six points from their first five games in the Championship, winning 1-0 against Coventry and drawing against Cardiff, QPR and Birmingham. Their only defeat came at home to Luton.

They could both feature against the Cherries but defender Liam Kitching serves the first of a three-match ban after he was found guilty of violent conduct following their draw against Birmingham.

Ahead of the clash, afcb.co.uk caught up with Doug O’Kane who covers the fortunes of the Tykes in his capacity as sports editor for the Barnsley Chronicle.

afcb.co.uk: How has the season started for the Tykes?

DOK: They have taken six points from five games. They have had some good performances in glimpses and were brilliant in the first half at QPR. They went 2-0 up but ended up drawing 2-2.

They have started some of their other games well but not be able to finish it off. Overall, I think they would say they haven’t been as consistent as they would like to have been, picking up points regularly like they did last season.

But it’s very early days and the new manager has changed big aspects of the style from last season which is going to take time and the international break will probably help with that.

They have been unfortunate with injuries to some key players and a lot of the summer signings either being a bit late or not been able to get visas and stuff like that.

They haven’t really been integrated into the team so it feels as if the first five or six games weren’t a true reflection of maybe what we will see from Barnsley this season.

But they’ve got six points on the board and are hoping to get more regular wins as the season progresses.

afcb.co.uk: How did the transfer window go?

DOK: Overall, I’d have to say it was a big success. They didn’t sell any of their first-team players in a summer transfer window for the first time since 2012. In the past, they have developed players and sold them on.

But they have committed to keeping their better players. They lost captain Alex Mowatt at the end of his contract, he went to West Brom. Loan striker Daryl Dike, who scored a lot of goals last season, went back to his parent club Orlando City.

They have brought in six players but it’s hard to tell exactly how well they will do because they tend to be young, inexperienced and often from overseas so we will have to give it a few weeks and months to see how they do.

Barnsley have a decent track record so if they are as good as some recent signings then it’s shaping up to be a decent season.

There is a bit of inexperience in certain areas of the squad, especially central midfield. They tried to bring in a central midfielder but weren’t able to get one in the end.

Overall, they should be very happy with the transfer window.

afcb.co.uk: How do you think Cauley Woodrow (pictured above) will take to the captaincy?

DOK: I think he will do well. This is his fourth season at the club and he has said it won’t change his approach to games or the way he carries himself or acts around the team.

He has always seen himself as a leader so he won’t really change much. He has said it is a big honour.

I think he was probably the obvious choice for the job after Alex Mowatt left. I don’t think he’s a shouter on the pitch who will have a go at his team-mates all the time.

He has a big presence and he can lead the way with goals and be Barnsley’s star player.

He’s scored 50 goals for the club so is an extremely successful and skilled player for the team and, hopefully, those characteristics will make him a good captain.

afcb.co.uk: What are the main differences between Valerien Ismael and Schopp (pictured above)?

DOK: Their styles are pretty different although they do play the Barnsley club philosophy of high-pressing and counter-attacking football. The way they go about it is totally different though.

Ismael was pretty direct and called his style vertical football. Basically, it was long balls and Barnsley played the most in the Championship last season.

Schopp hasn’t completely gone away from that but there is a lot more building out from the back.

They look to pass up the pitch, starting with the goalkeeper so it’s really different to last season in that regard.

Both men have similar personalities and had very good playing careers. They both seem to be popular in the dressing toom and had success at other clubs. The playing philosophy is the main difference between them.

afcb.co.uk: Apart from Woodrow, who is Barnsley’s one to watch?

He only got three goals last season but he’s already got two this season in the first five games.

There was a lot of rotation with five substitutes last season and he was in and out. He played nearly every game but came off quite often.

This season, he has stepped in to a style of football that suits him a bit more.

With his movement, he is always trying to get behind the last defender and break the offside trap.

That’s where both his goals have come from this season and they were both really good finishes.

He seems very confident at the moment so, apart from Woodrow, he is the other one to watch.

DOK: Liam Kitching (pictured above) serves the first of a three-game ban. He admitted an FA charge of violent conduct against Birmingham.

He has started at left centre-back in the five league games so they are going to have to find someone to replace him.

Mads Andersen and Carlton Morris were both key players last season and are likely to miss out.

Morris definitely won’t be back for the Bournemouth game and I would be very surprised if Andersen was as well. 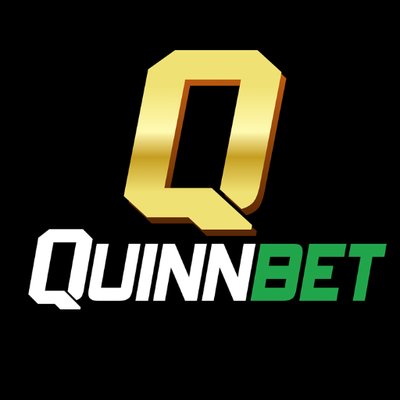