Perusing the fixtures for the forthcoming Sky Bet Championship season will evoke memories of notable games for some AFC Bournemouth supporters.

The Cherries kick off their campaign with a visit from relegated West Bromwich Albion to Vitality Stadium on Saturday 7th August.

In September 2016, Callum Wilson settled this fixture with an audacious backheeled effort, his first goal following his comeback from a long-term knee injury.

Wilson’s finely-executed goal from an Adam Smith cross earned the Cherries their first league win of the season, Eddie Howe’s team going on to finish ninth in the top flight.

Charlie Daniels opened the floodgates before a goal from Steve Cook and a Junior Stanislas penalty put the Cherries 3-1 up at the break, Ryan Mason netting for the visitors.

Stanislas added his second and their fourth before Wilson and Dan Gosling scored to cap a memorable day in the club’s recent history.

The Tigers, promoted as champions of League One, will return to Vitality Stadium on Saturday 22nd January with the reverse fixture taking place at the KCOM Stadium on 28th August.

A trip to Birmingham City will always be fondly remembered by the Cherries followers who were at St Andrew’s in October 2014 as history was made.

Marc Pugh led the way with a 21-minute hat-trick as the visitors rubbed salt in the wounds of the managerless and struggling Blues by winning 8-0.

Tokelo Rantie’s late double included a penalty, while Brett Pitman, Wilson and Matt Ritchie were also on the scoresheet as the Cherries registered their biggest win in the Football League.

The Cherries, who have won their past five games in all competitions at St Andrew’s, return to the venue on Wednesday 18th August.

For older supporters, a visit to Peterborough United will bring back memories of an eventful 5-4 victory in January 1996.

A stirring late comeback from Mel Machin’s team saw them take maximum points having been 3-1 down in the closing stages.

The Cherries head to London Road, currently known as Weston Homes Stadium, on Wednesday 29th September. Peterborough were promoted as runners-up in League One.

Another venue which will always hold a special place in the hearts of Cherries fans is Fulham’s Craven Cottage.

Two goals from Trevor Aylott and a Tony Sealy effort clinched promotion for Harry Redknapp’s heroes in 1986/87 when they were crowned champions of Division Three.

The Cherries, who triumphed 5-1 at Fulham on their way to winning the Championship in 2014/15, travel to Craven Cottage on Saturday 4th December.

The club would like to thank Amuzo Games for their support with our fixture launch. 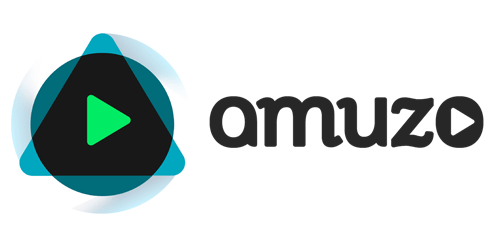