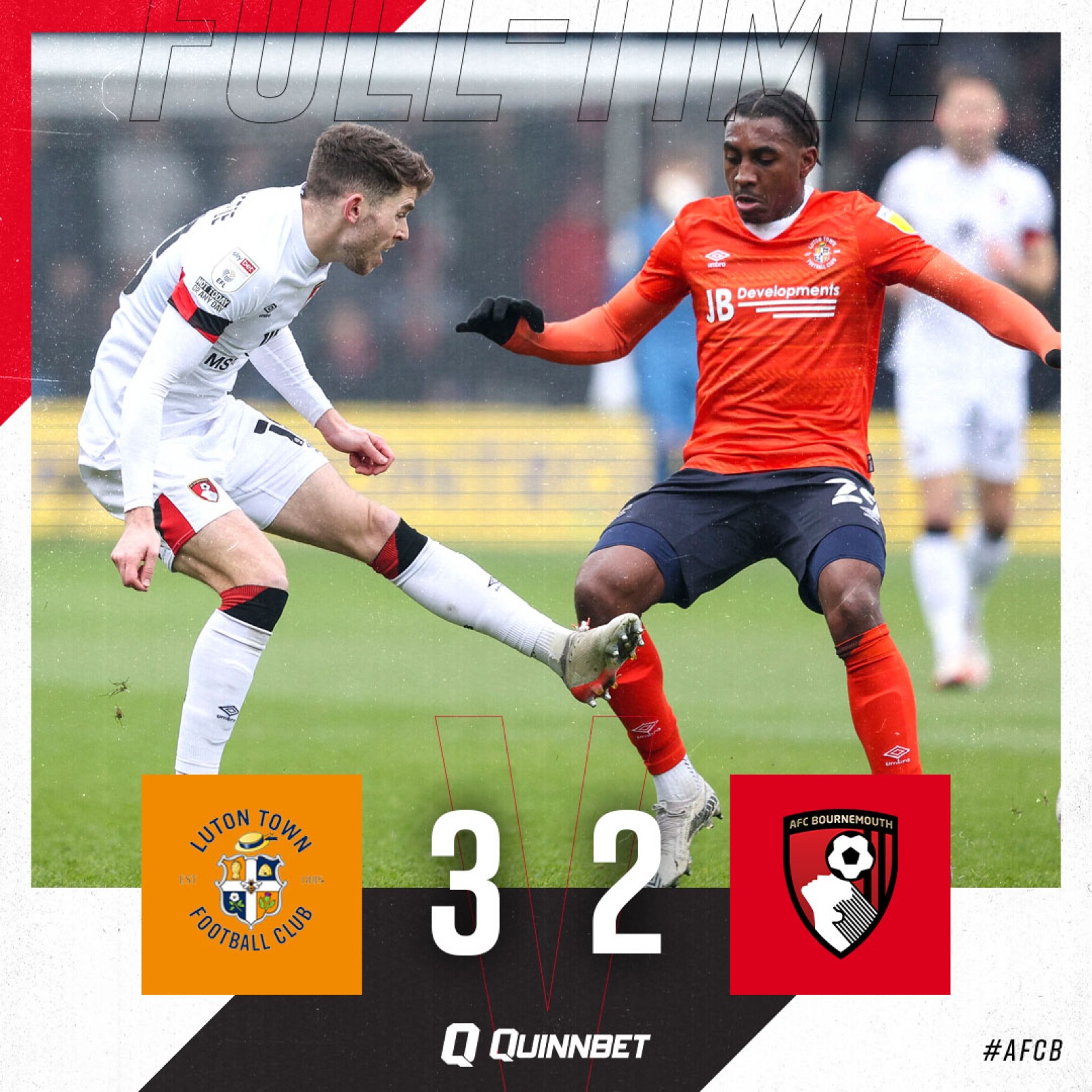 Luton win the game in the final seconds.

The Scot receives punishment for a foul on the left flank.

It awards a chance for Luton to get the ball into the box and a near-post flick is blocked.

The Cherries threaten a counter attack and with Lerma and Lowe breathing down his neck, Luton's Jordan Clark shows exquisite composure to turn and clear.

WHAT A SAVE TRAVERS

That's an outstanding save, Travs!

Jordan Clark controls a long ball forward (possibly with his hand) and is through on goal.

He unleashes a venomous effort on goal and Travers has to acrobatically tip it over the bar.

Cameron Jerome is replaced by Henri Lansbury for the final ten minutes.

Adebayo rides a challenge from Cahill in the Cherries half and looks to drive towards goal.

Lerma takes one for the team by making the foul and receives a yellow card in the process.

WHAT A MOMENT FOR MORGAN!

It's the first touch for the winger and he grabs the equaliser.

Good build-up play as the ball is played into Lowe on the right, he cuts the ball back into the middle and Rogers fires into the roof of the net.

Ten minutes for either side to grab a winner. 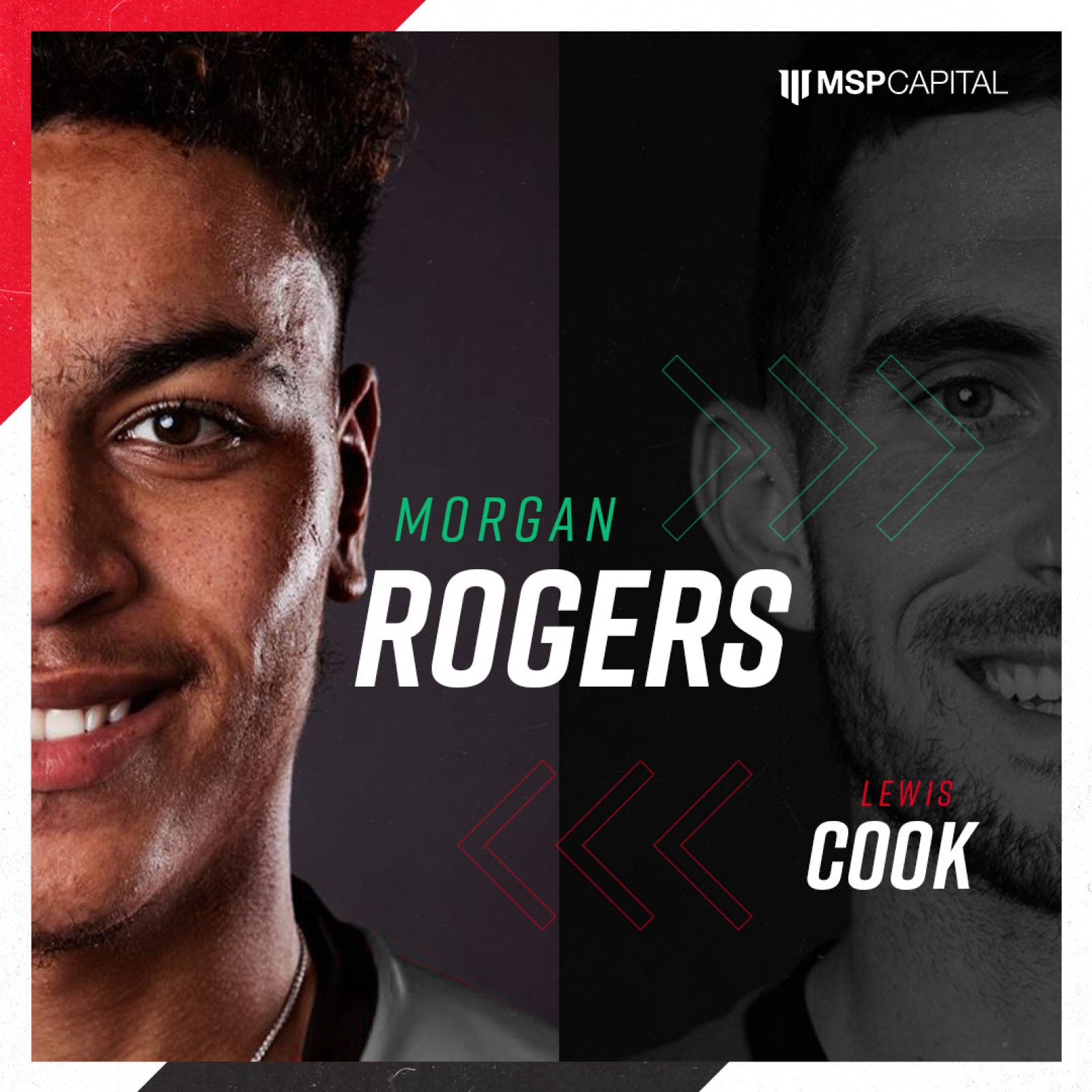 Morgan Rogers comes on for Lewis Cook in our second change.

Lowe moves to right wing, Rogers on left wing and Christie has moved to central midfield.

Not a lot has happened in the last five minutes or so.

Luton are pressing well and the Cherries have struggled advancing the ball up the pitch.

When we do get it forward, we're sending some decent crosses in but no heads on it yet.

Cherries getting ball into the area

We're continuing to push here as we win a series of set pieces.

Christie wins a free-kick on the right corner of the box and he steps up to whip it towards the back post, an excellent defensive header getting it clear.

The Cherries then have a corner on the right but Marcondes' delivery is well defended.

The action continues as the Cherries and Luton both have attacks but Burke goes down again and this time will be replaced.

Osho is the man to replace him.

The goalscorer had needed treatment and eventually was helped from the pitch.

Incredibly, Reece Burke drops to the floor after the change is made and also requires the physio.

Marcondes sends in a good corner from the left and Lerma meets it in the box.

He rises brilliantly but his header doesn't connect cleanly and lacks direction.

Nonetheless, Shea has to touch it onto the bar and behind for another corner.

The referee blows for a foul from the follow up.

The Cherries have started this second half really brightly, Stacey is a man possessed on the right.

He wins the ball and works it to Christie, who attacks the box from a wide position.

He passes the ball into the middle but Solanke can't quite his flick at goal right.

The intensity is really good from the Cherries here.

That's outstanding by Jack Stacey as he drives down the right touchline, beating players for fun.

He puts in a brilliant cross and Marcondes meets it in the middle, heading past Shea.

Luton Town get this second half started.

Can the Cherries get back into this?

Change at the break 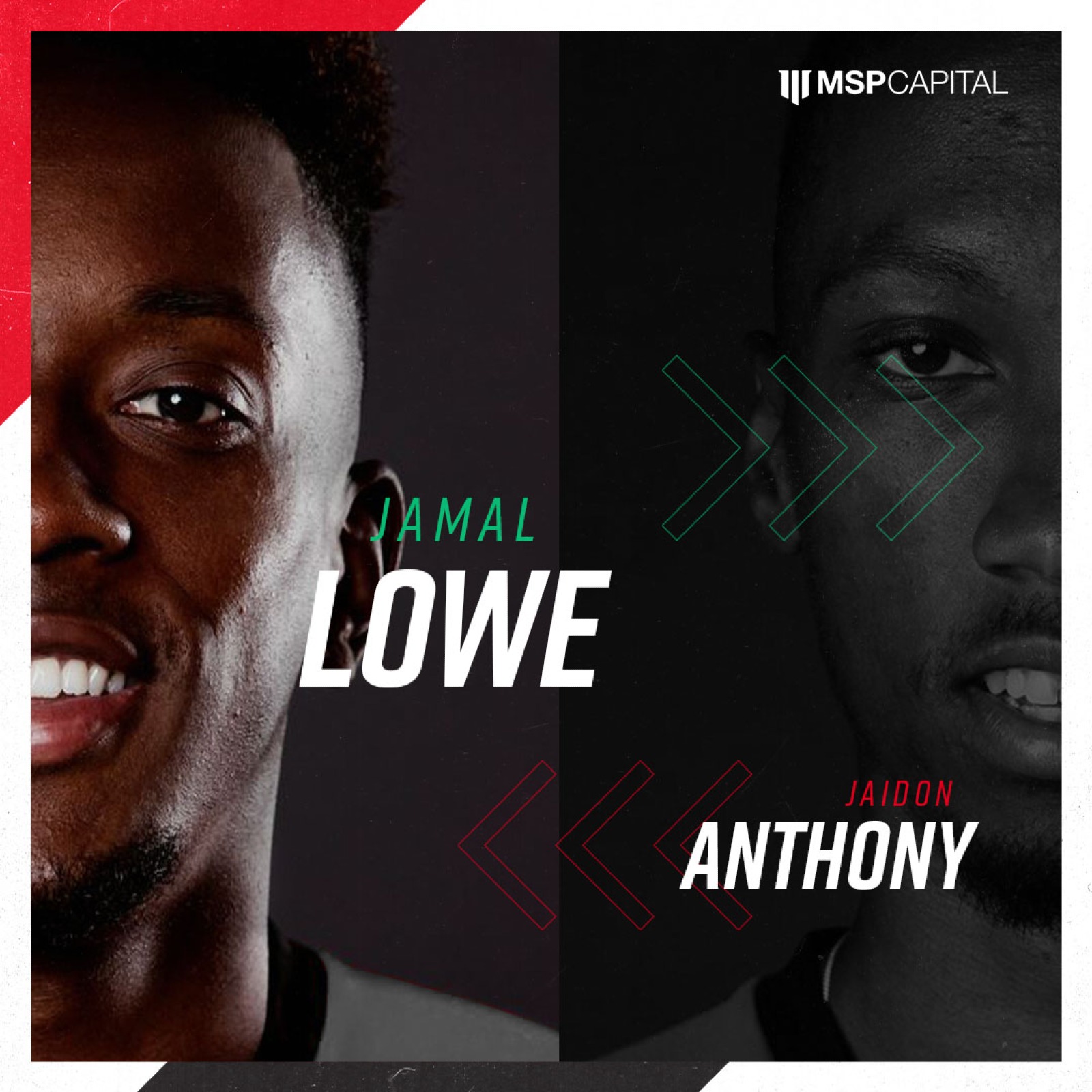 AFC Bournemouth make one change at half time as Jamal Lowe comes on for Jaidon Anthony.

Big half needed by the Cherries 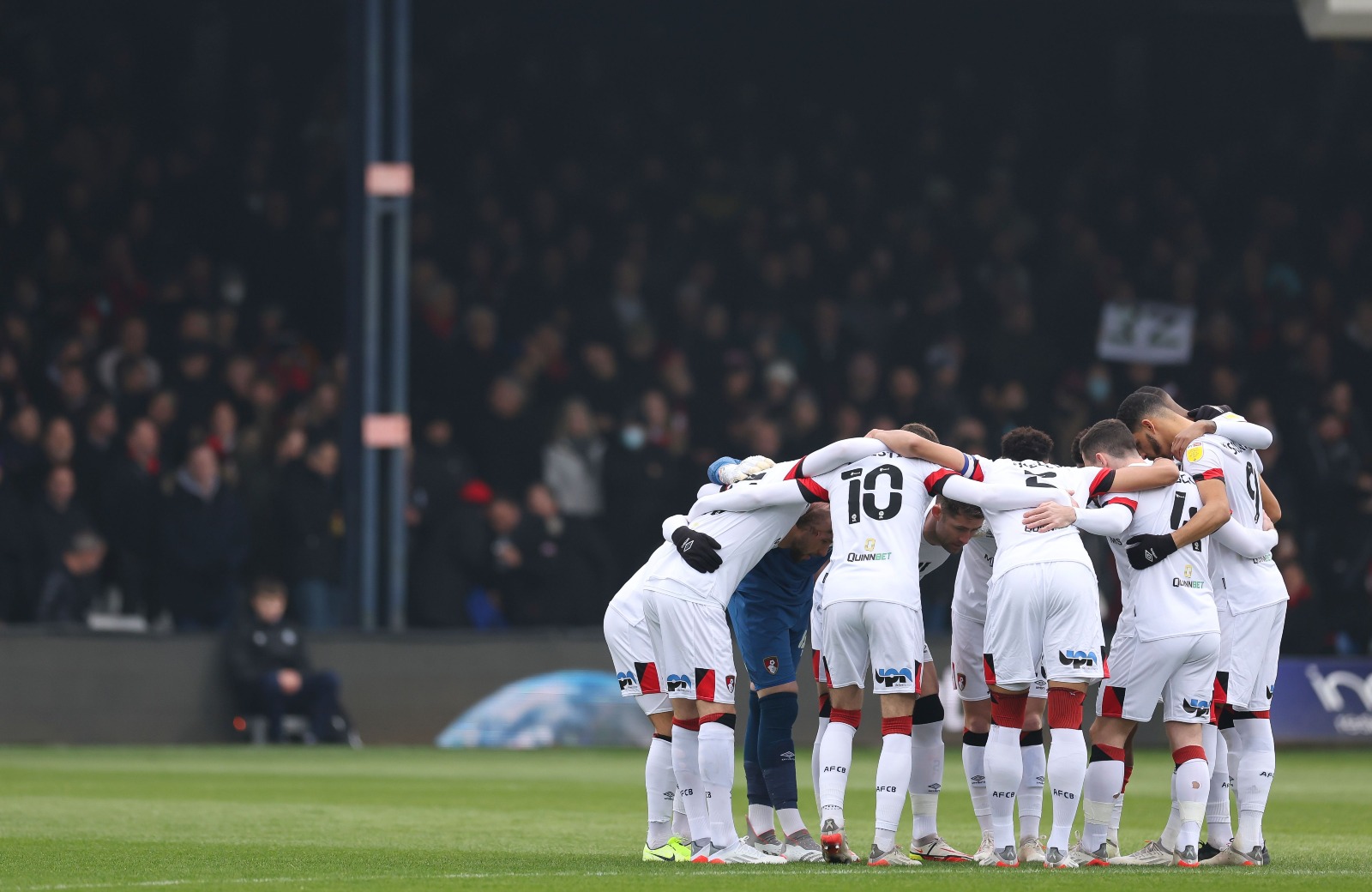 Scott Parker's side are not out of this game yet, but they do have a mountain to climb in the second half.

Their priority in the second half has to be to handle Adebayo and Jerome better. The duo are keeping Cahill and Kelly occupied, forcing them back and ensuring that they can't just clear the ball or meet the ball on its bounce.

The second priority has to be the way we attack. In a lot of ways, the Cherries have looked solid when going forward but the majority of attacks have come on the right.

Jamal Lowe is going through an individual warm-up at the break so a near certainty that the former Swansea man is going to come on for the second half. 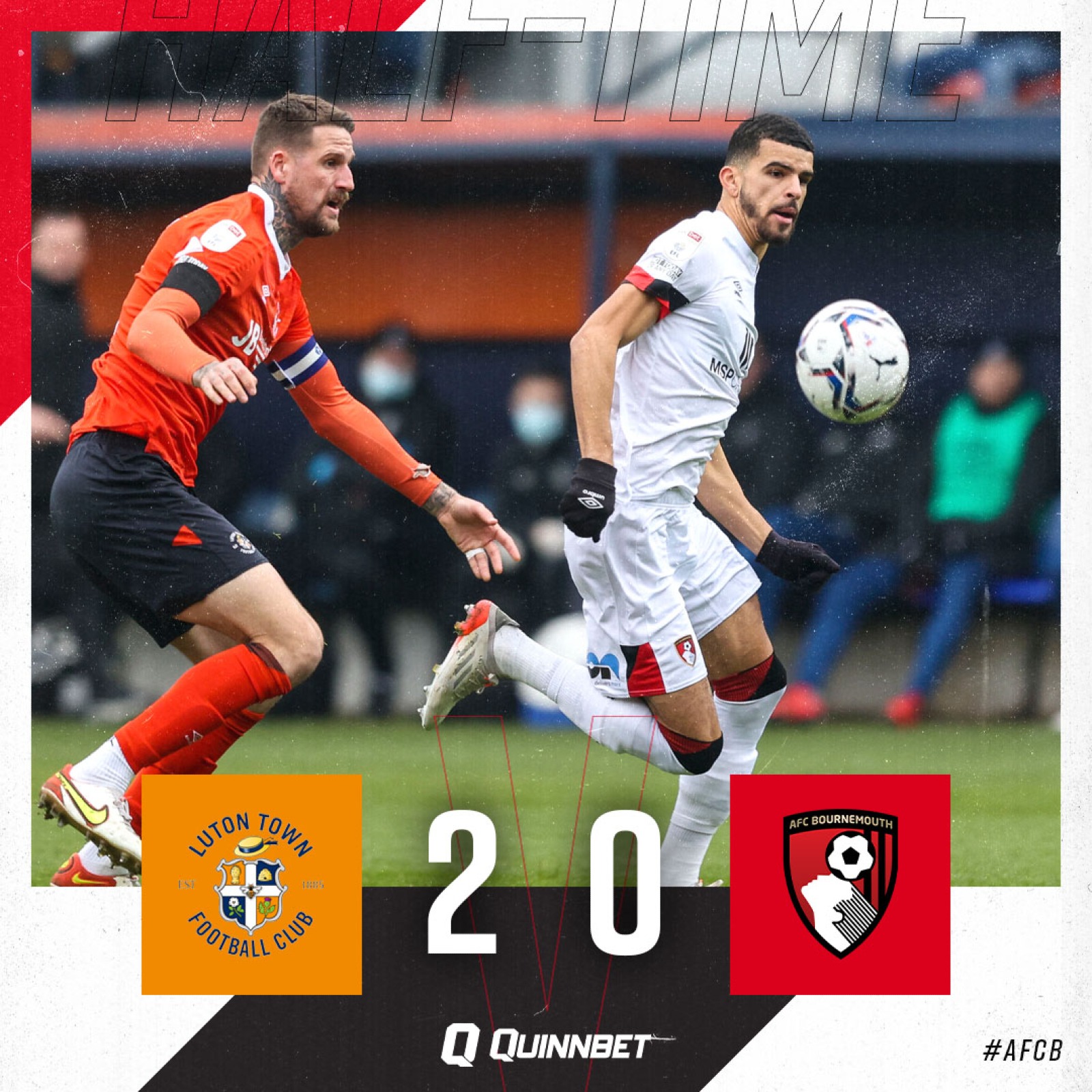 Luton Town have the lead at the break. A big job for the Cherries in the second half.

Jefferson Lerma goes close with an effort from distance.

The Cherries work the ball well across the pitch and the Colombian finds himself in lots of space.

He fires an effort towards the top corner but it falls just the wrong side of the post.

Allan Campbell has it.

The Luton forward picks up the ball in midfield and the Cherries defence back off.

He then picks out the bottom corner with a good strike.

It's been a tough first half for the Cherries here.

Wow. This is crazy!

Luton think they have a second goal as a corner isn't cleared and the loose ball falls to Cameron Jerome, who taps home into an empty net.

The Cherries players are furious and believe the forward was offside.

The referee goes over to the linesman and after a lengthy discussion, disallows the goal.

There doesn't seem to be any dispute that Jerome was in an offside position but questions over who the ball came off, replays showing that it was a Luton man so the correct decision has been made.

The Luton forward is causing carnage.

Lerma's pass to Cook was intercepted and the Luton man drives forward, cutting inside onto his right foot.

His shot has Travers scrambling but a touch from Lerma takes it behind.

A good response by the Cherries to that opening goal.

Stacey has been a constant runner down the right flank and he does well to drive over the half-way line.

He spreads it to Anthony who gets a cross into the middle.

Solanke collects it on his back foot, facing away from goal, and hits a shot on the spin, but it was blocked by a Luton man.

The home team take the lead and it's a really unfortunate one for Lloyd Kelly.

A cross in the box was glanced on and Adebayo found himself in lots of space at the back post.

He takes a touch and tries to pick out the far corner, but Travers makes a great stop with his left-foot.

However, the ball then bounces off Kelly and finds itself in the back of the net. Nothing the Cherries captain could do there.

Jacob Tanswell, from Dorset Live, has just told me that Luton are the league's second best pressers statistically - behind the Cherries.

Both teams have struggled with the others press at stages today.

The Cherries have moved the ball really nicely at times and when the one-touch moves come into play, they can be really effective.

At other times, we've struggled to get out of our own half and Luton, urged on by the crowd, sense opportunities.

The same can be said at the other end as Solanke's work is scaring the back-line. He's already got a few touches to block balls forward and he's not going to stop running.

Anthony is wrestled to the ground at the edge of the box and the Cherries are awarded a free-kick.

It's in prime shooting territory for Marcondes, who runs a free-kick school in his native Denmark.

He hits his effort really nicely, albeit centrally and Shea makes the save at the second attempt.

Jerome wins a throw-in on the right touchline and Luton send a long throw into the middle.

It's glanced on at the near post and Travers has to be alert to punch away at the back post, under pressure.

Luton get it back into the middle and Naismith meets it, trying to guide it into the near corner and Travers is alert to make the save.

Working hard for the opener! 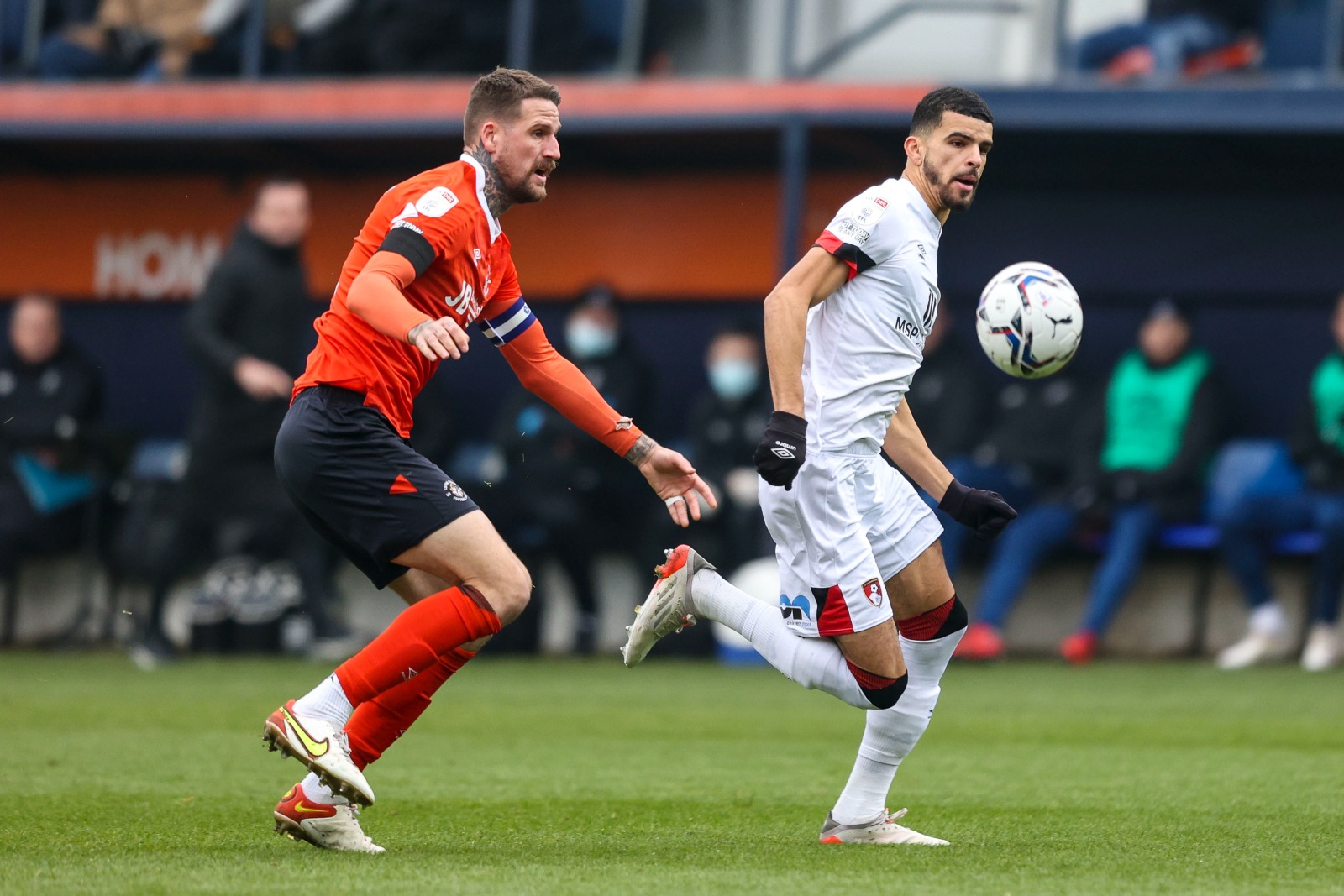 The home side have had a lively five minutes or so, the physical duo of Jerome and Adebayo have been looking to pin back Kelly and Cahill.

They're making some good runs behind the defenders too and the latter threatens with a shot on goal, but the Cherries defence stay upright and make the block.

On the counter attack, Bournemouth go close to opening the scoring as Anthony's excellent cross field ball lands on Christie's stride and his first-time side-footed effort forces a save from Shea.

Excellent defending from the Cherries as they hold a great line and catch Adebayo offside.

The Luton man doesn't know and fires a shot at goal which Travers saves well with his feet.

At the other end, the Cherries counter attack swiftly and Ryan Christie cuts in from the right and fires at goal, but it was straight at Shea who makes an easy stop.

The Cherries look confident so far and are moving the ball with good intensity and precision.

Early pressure comes from good link up play between Marcondes and Solanke.

The former steps over a pass by Davis and makes a dart beyond the back-line, Solanke attempting to chip it into his path.

The Cherries man does get a cross into the box but it's defended well, but it's a promising start.

Solanke touches it to Christie, who looks to drive forward before Lewis Cook's clipped ball forward is headed away from a Luton defender.

Lloyd Kelly leads the Cherries out here at Kenilworth Road!

They are being serenaded by the away fans, the atmosphere is absolutely incredible.

The music is very 'Popworld' in here as we wait for the Luton team to come out, they're taking an age!

The home team eventually make their way to the pitch, almost two minutes after the Cherries came out. 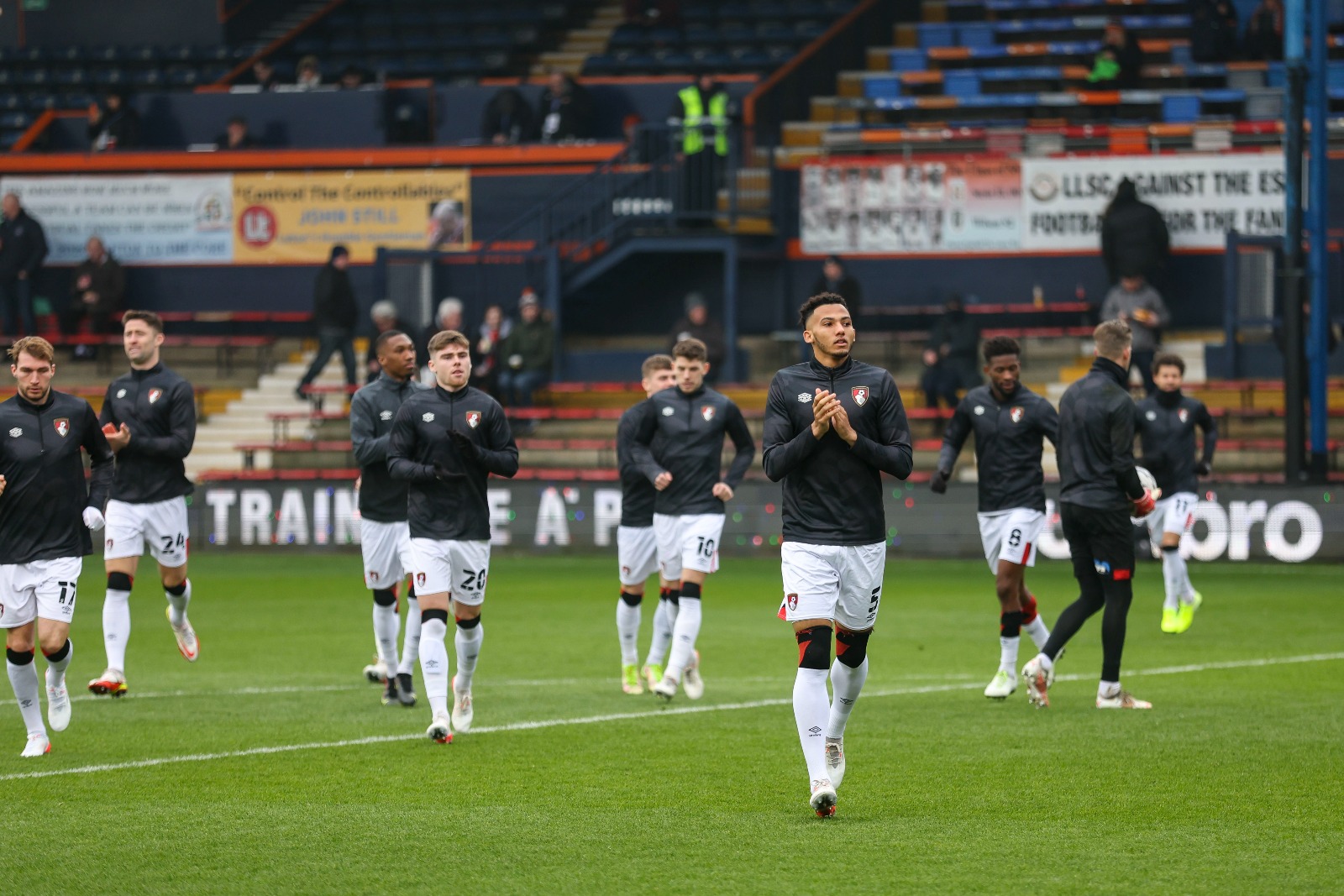 Lots of love for Jefferson Lerma

The Cherries fans behind the goal to our left are in great noise already, singing at the top of their voices!

One player who is enjoying the adulation is Jefferson Lerma, December's player of the month. 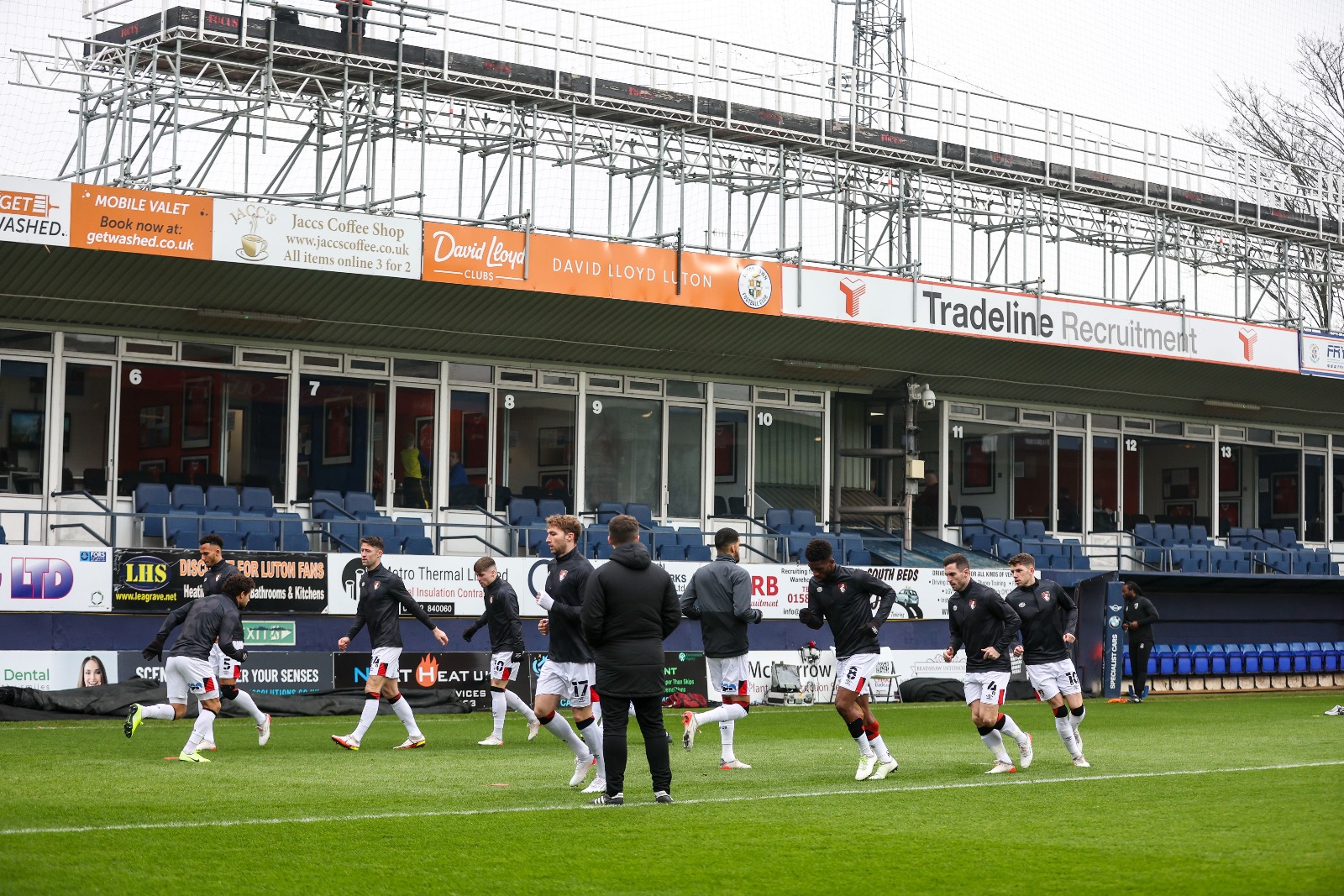 We're about 20 minutes away from kick-off at Kenilworth Road and the warm ups are well underway.

Getting closer to kick-off 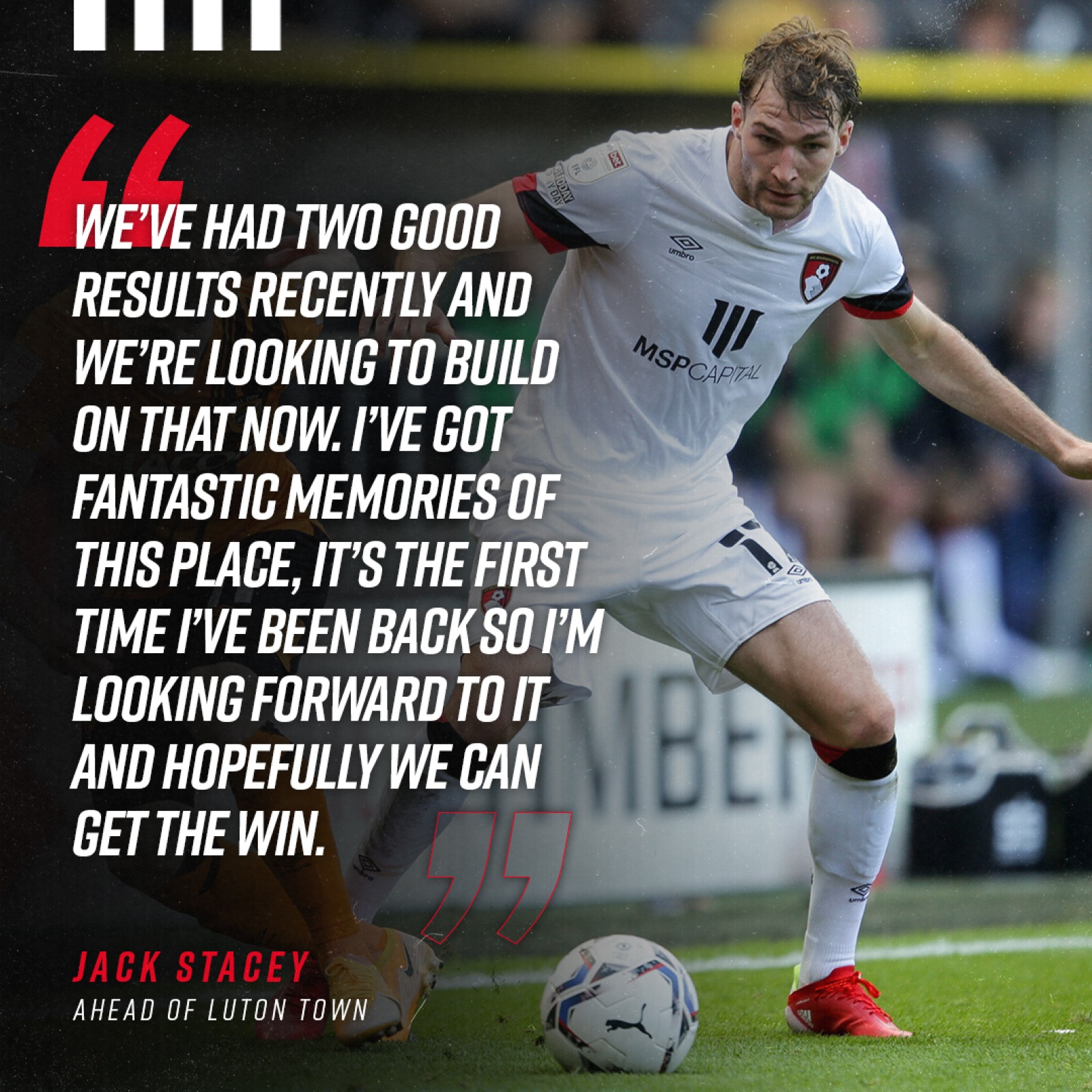 His family are in attendance today, he tells us, as he prepares for his first visit back to Kenilworth Road since his departure.

On the bench for the first time 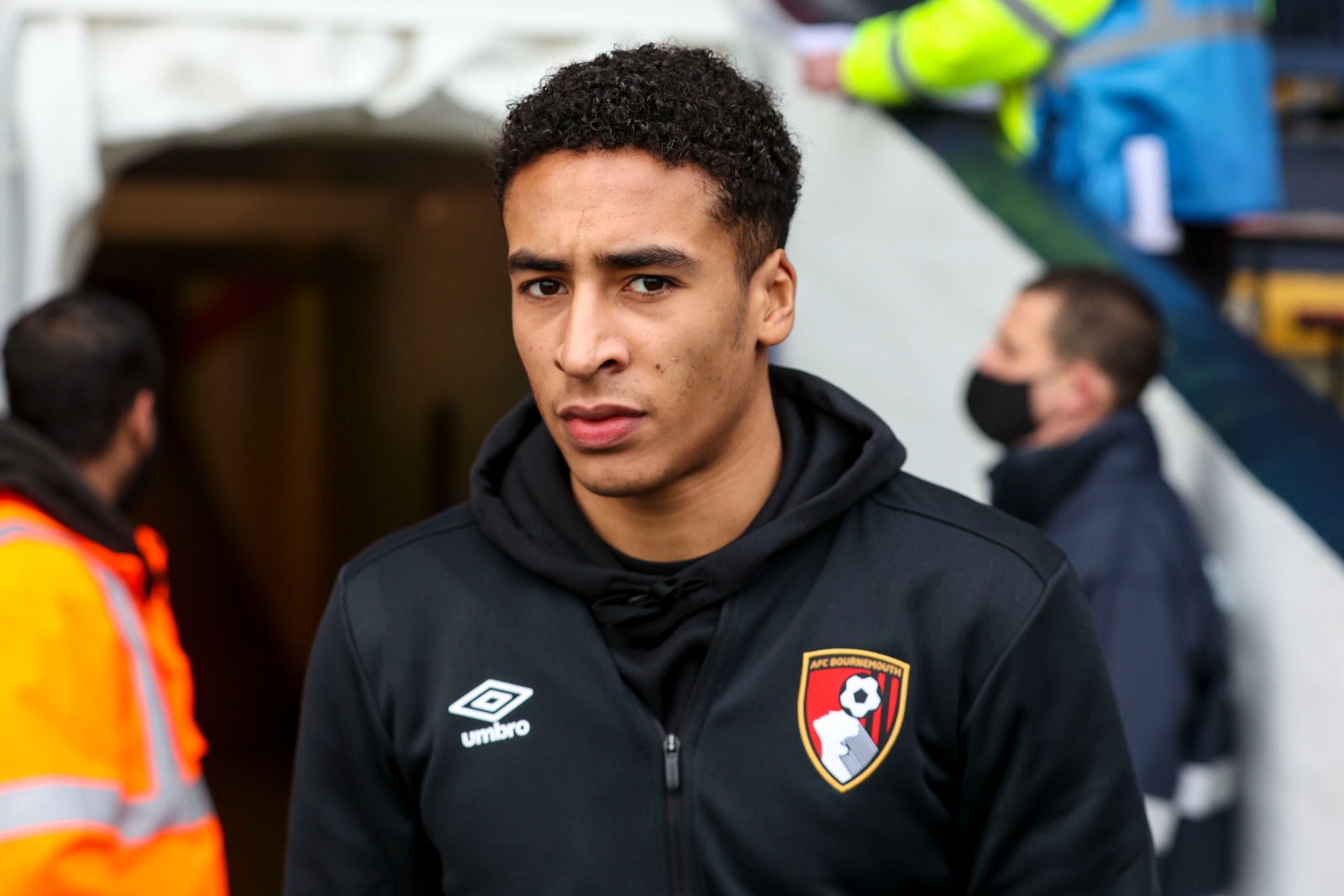 James Hill is the new face on the bench today.

The January signing makes the matchday squad for the first time since arriving from Fleetwood Town and the highly regarded centre-back will be hoping to make his first appearance for the club this afternoon. 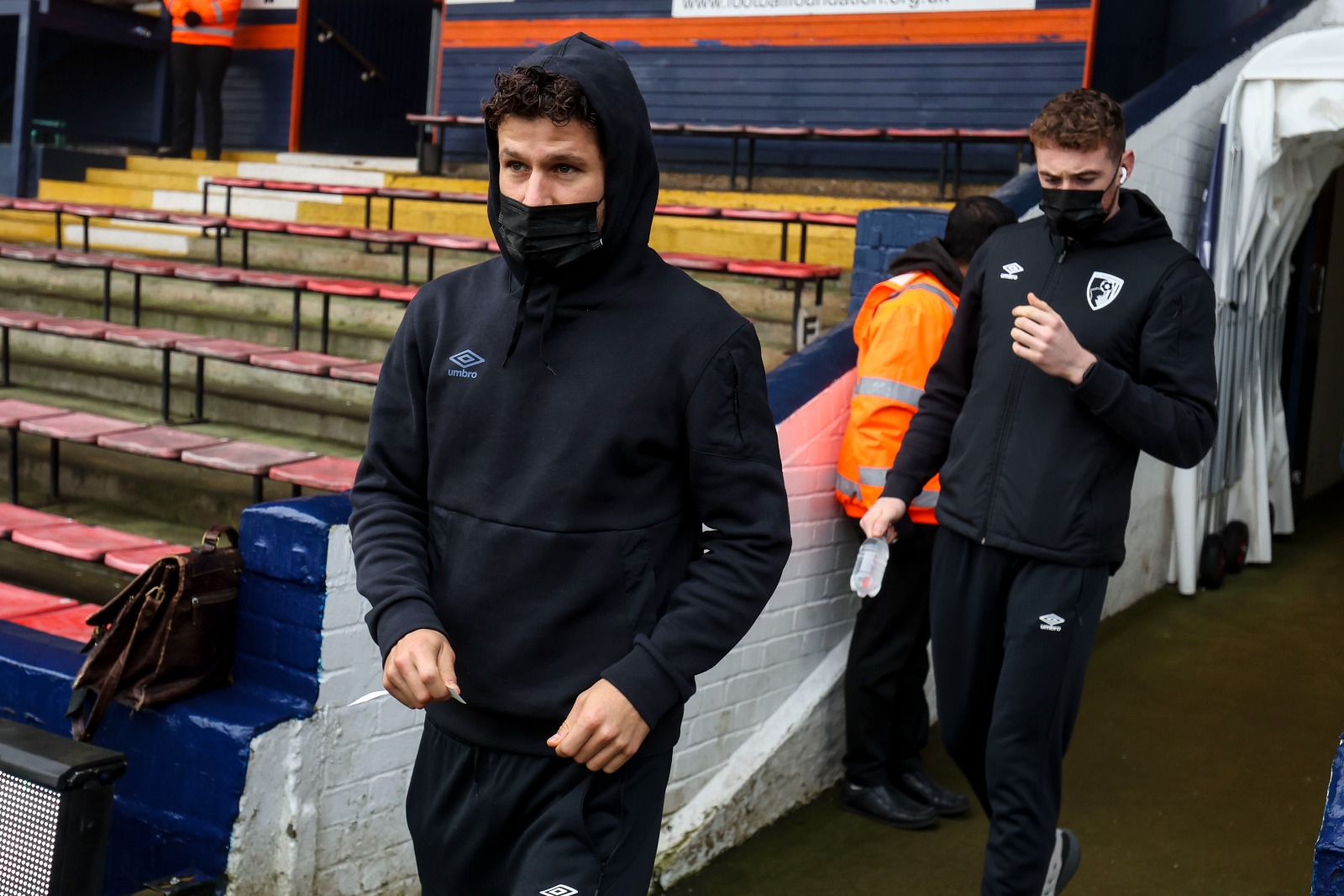 Emiliano Marcondes keeps his place in the starting line-up, having netted a hat-trick in last week's FA Cup game with Yeovil Town.

Leif Davis also remains in the line-up with Jordan Zemura away on international duty with Zimbabwe.

Jaidon Anthony is the only other player who started last week's game with eight changes made by Scott Parker. 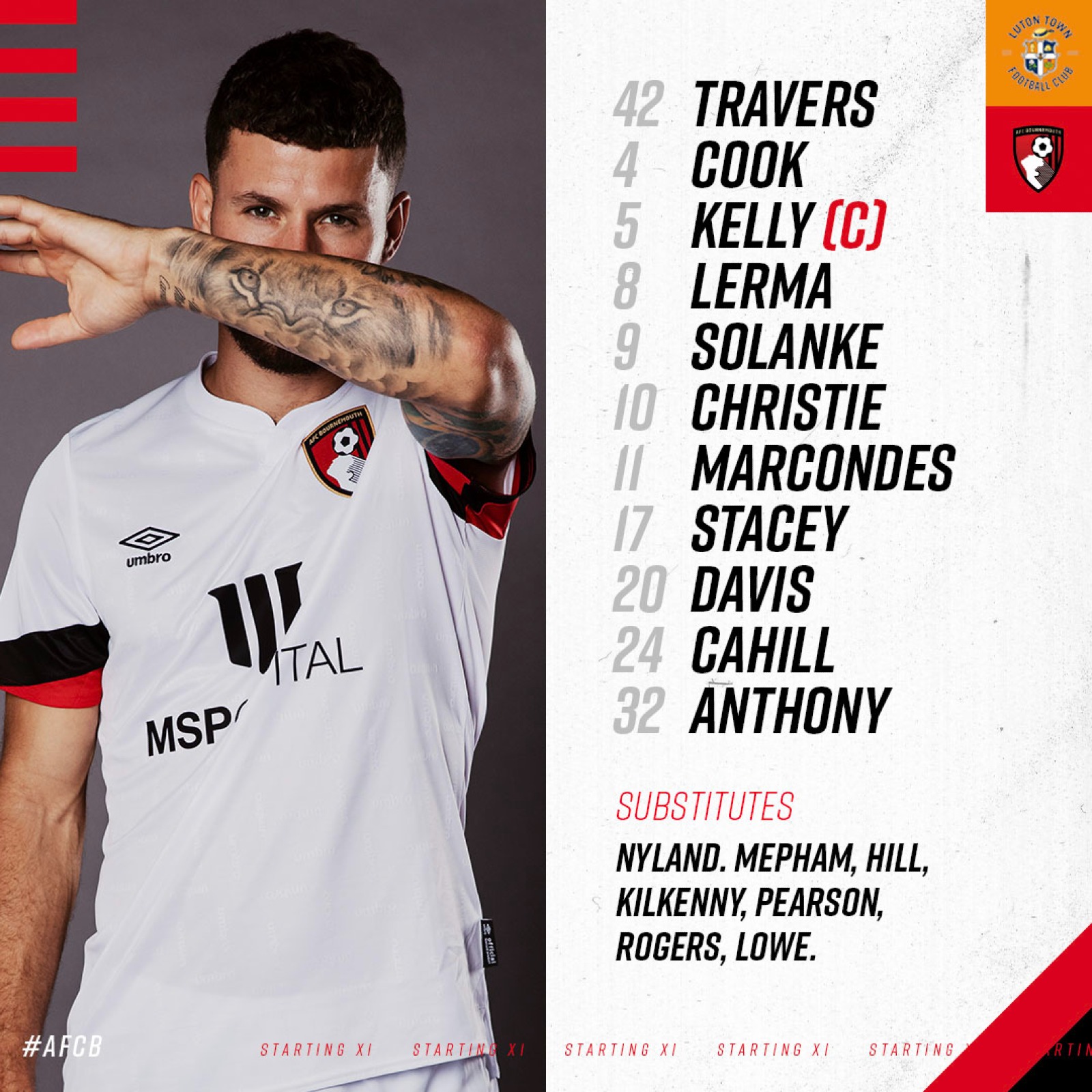 Here's how we line-up for this afternoon's game... 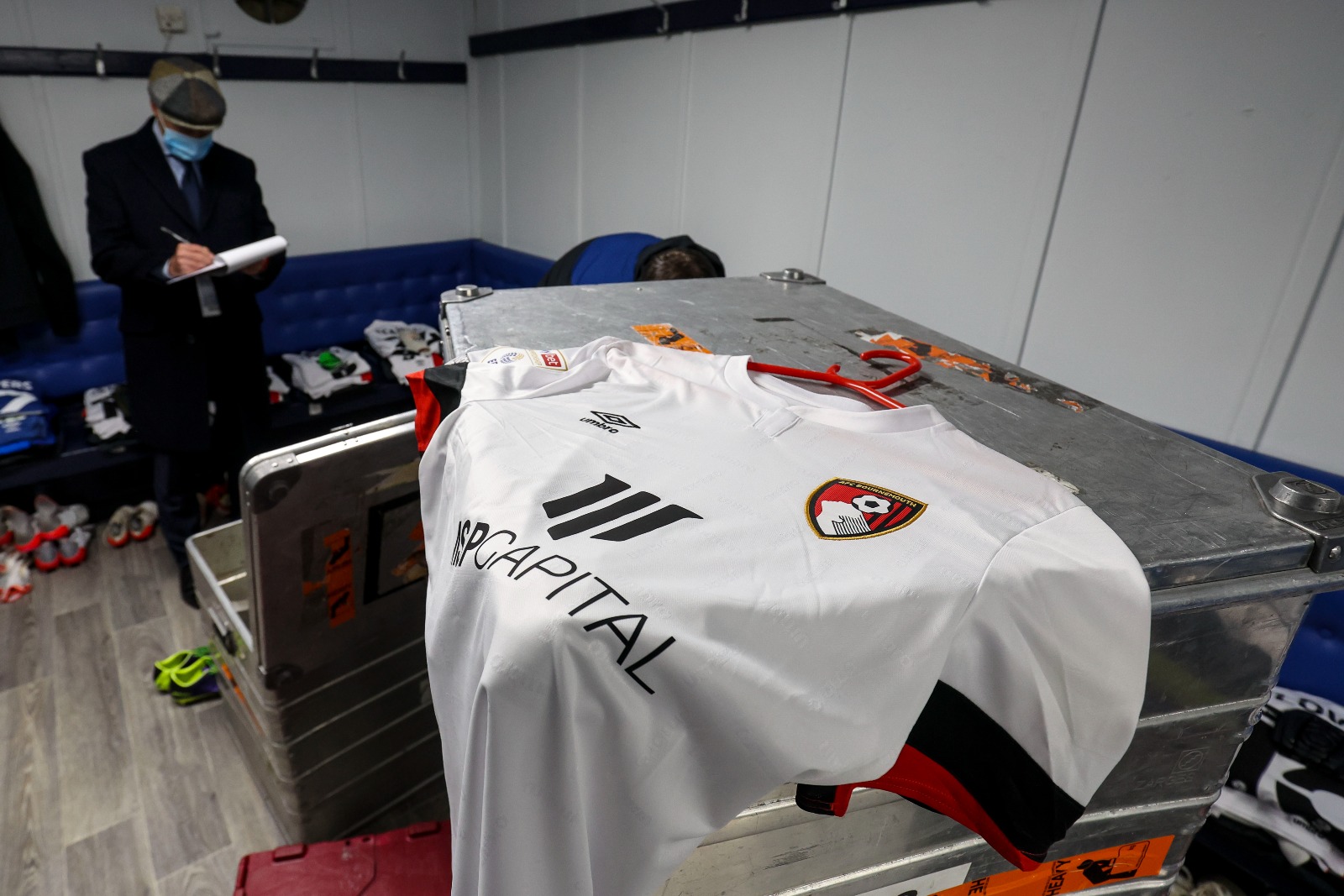 We're in our white away kit today for this afternoon's encounter.

We love this kit so we're excited to see it in action! 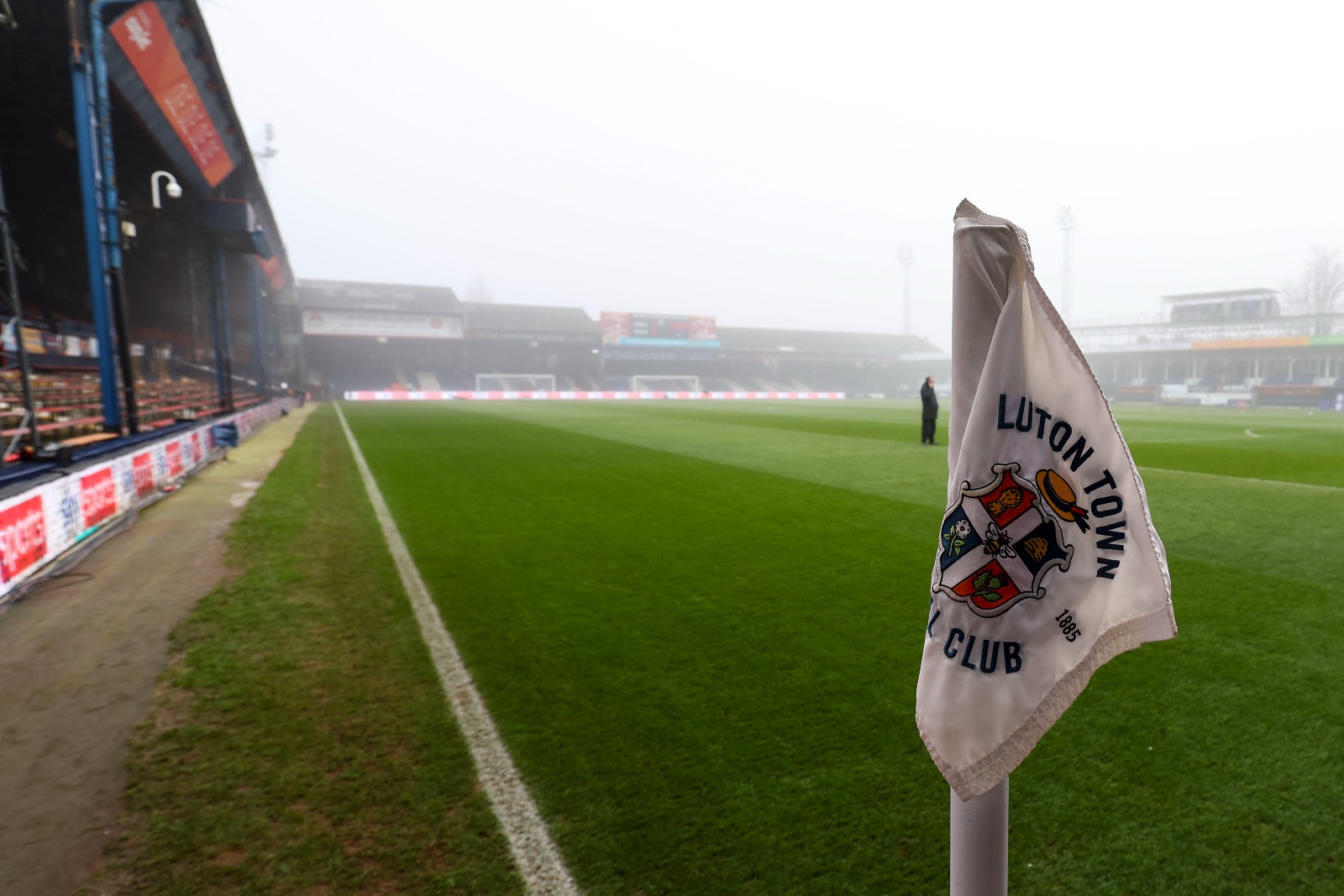 We've made the journey to Bedfordshire to take on Luton Town this afternoon.

We'll be bringing you full coverage from throughout the game.