A fortuitous second-half goal from Luis Suarez condemned AFC Bournemouth to a 2-1 defeat against Granada as the Cherries rounded off their pre-season training camp in Spain.

Colombia international Suarez, who was once on the books at Watford, settled the friendly in favour of the La Liga outfit when he netted the winner in the 59th minute.

There was an element of good fortune about the goal after Antonio Puertas’s cross had struck Cherries defender Jack Stacey and fallen invitingly at the feet of Suarez 12 yards from goal.

Scott Parker’s team took to the pitch at the Federacion Malaguena de Futbol bidding to follow up their 4-2 win over Real Balompedica Linense in their first warm-up game on Friday.

And although they created a host of chances in the early stages, they were sucker-punched when Granada opened the scoring through Soro, the midfielder converting their first noteworthy opportunity after 28 minutes. 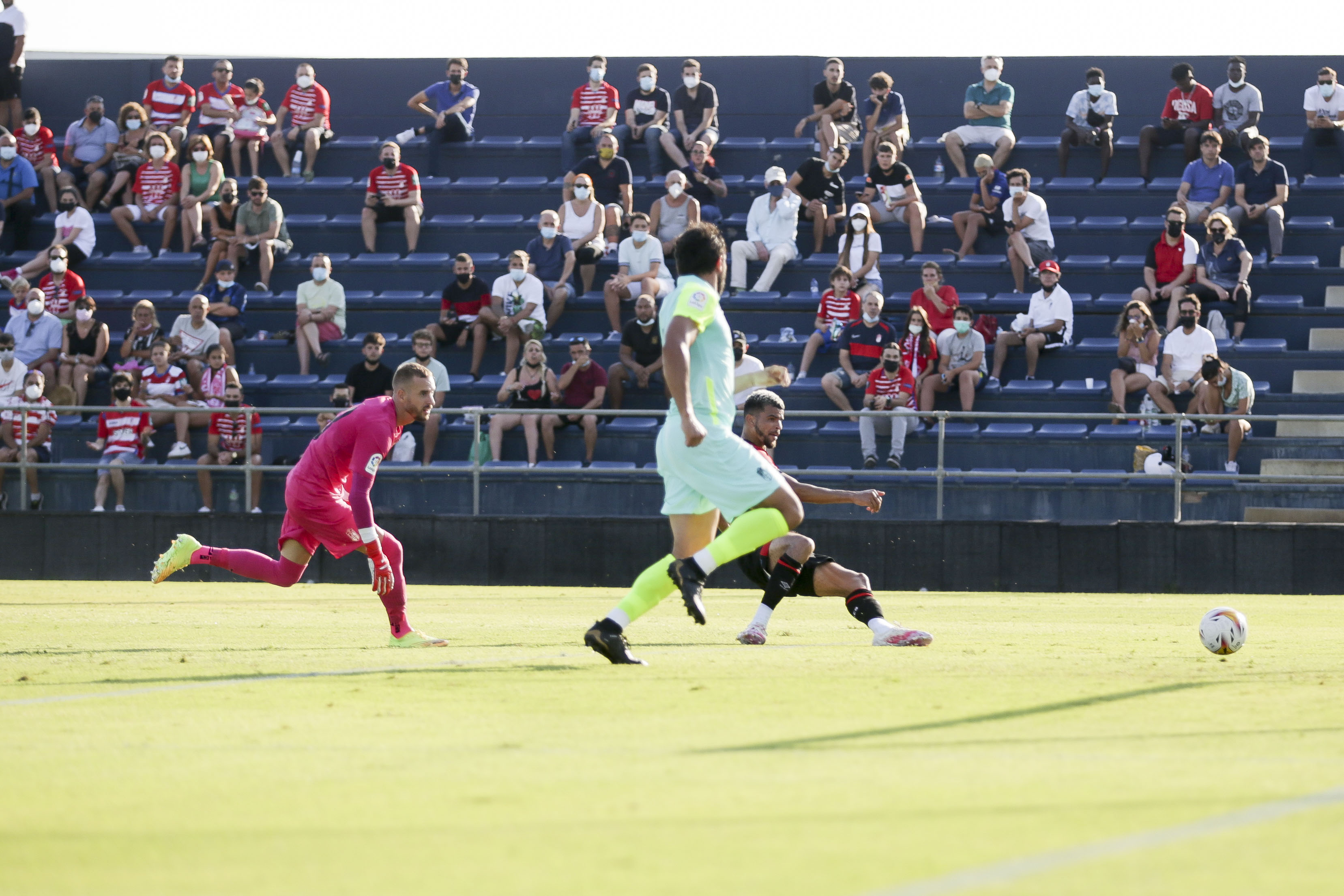 However, the Cherries were rewarded for an impressive first-half showing when Dominic Solanke levelled just four minutes later after fastening on to a defence-splitting pass from Jaidon Anthony, his second goal of pre-season.

Adam Smith, who was given his first taste of action having signed a new contract last week, supplied a low cross inside the first two minutes which Solanke flicked past the post.

Gavin Kilkenny’s interception and driving run set up David Brooks for the Cherries’ second chance, the Wales international seeing his shot flash past the upright.

Phil Billing’s snapshot was charged down by Granada defender German before another effort from Brooks flew narrowly wide as the one-way traffic continued.

Smith and Molina were booked for fouls before another sweeping move ended with a centre from Emiliano Marcondes flashing across the face of the goalmouth. 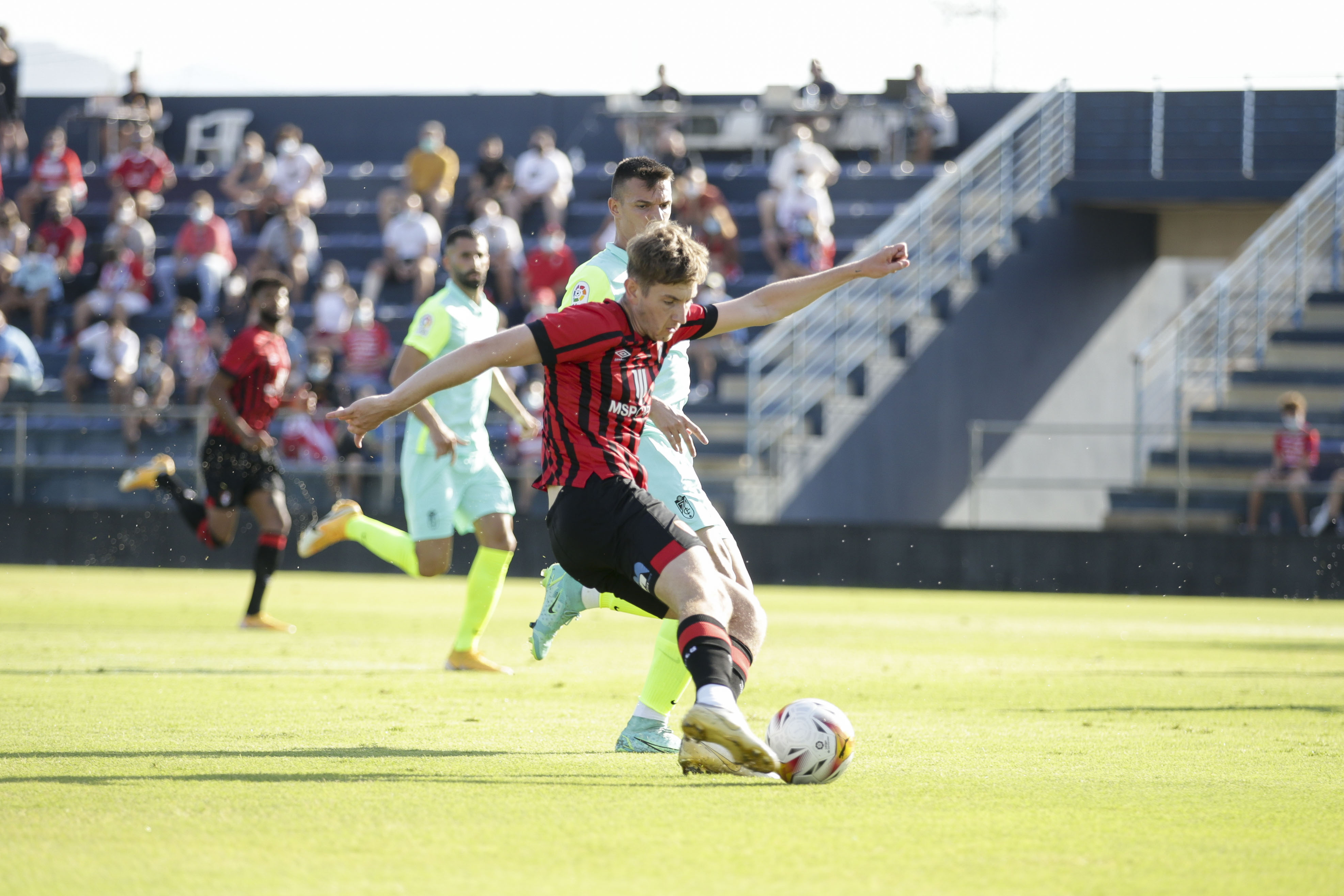 And while the goal came against the run of play, parity was quickly restored when Solanke was picked out by Anthony’s majestic through ball and rounded Granada goalkeeper Aaron before rolling the ball into an unguarded net.

As the first half drew to a close, the Cherries looked the more likely of the two teams to reach the break leading and a header from Marcondes looped inches over the crossbar.

The introduction of new signing Monchu at the interval helped Granada turn the tide in the second half, the former Barcelona midfielder catching the eye on debut.

His cross four minutes in was met by Antonin, the former Malaga striker appealing in vain for a penalty after his effort had cannoned off Lloyd Kelly and struck Jordan Zemura. 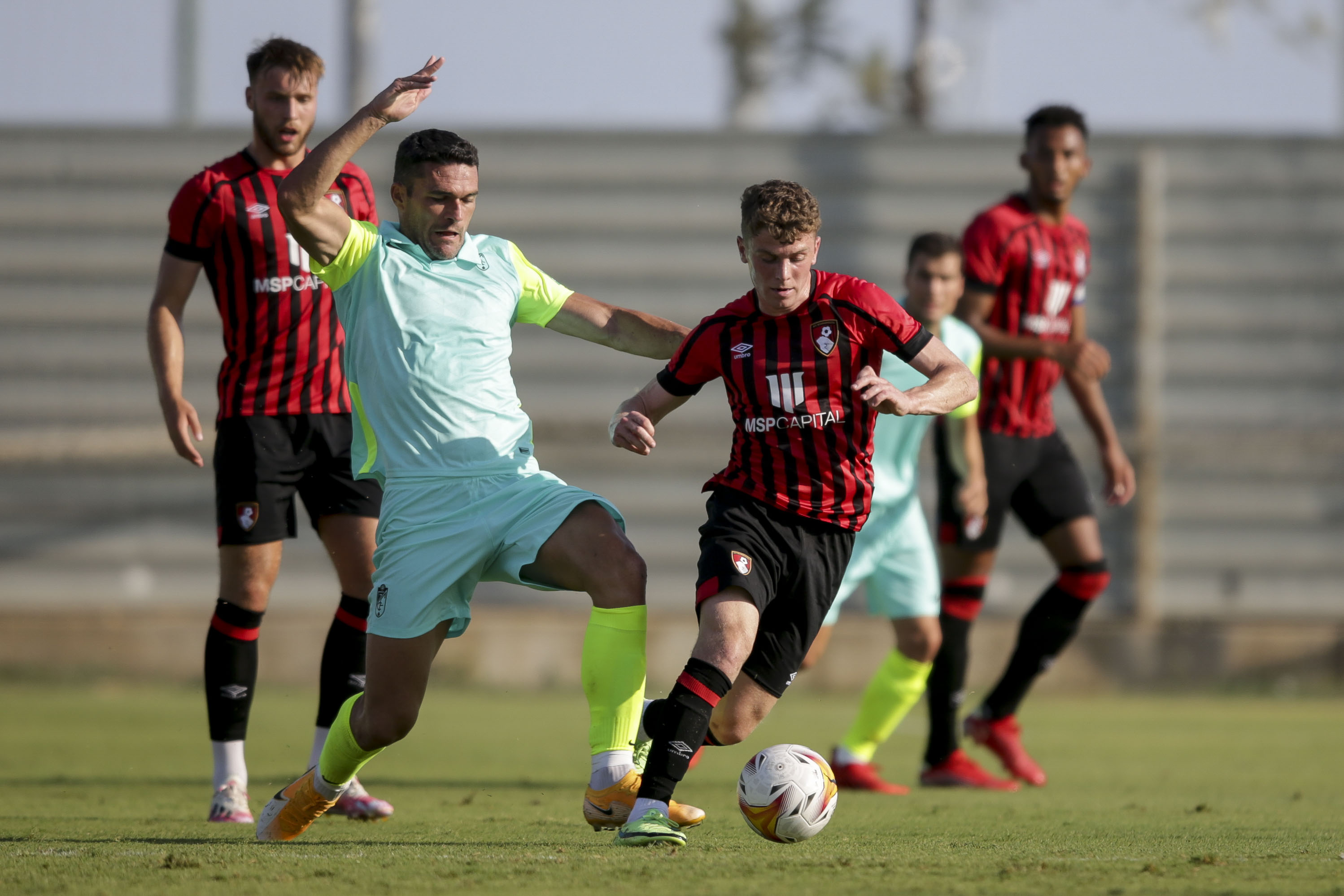 Monchu then teed up Luis Milla whose shot cleared the crossbar before recently-appointed Granada head coach Robert Moreno saw his team regain the lead through Suarez.

Puertas went close to adding a third when his well-struck shot went past the post before a flurry of substitutions saw boss Parker make no fewer than ten changes in the 68th minute.

Sandwiched between Zemura and Brennan Camp having penalty appeals waved away, Surridge was denied when his effort deflected off a defender and went out for a corner.

In added time, Surridge’s free-kick clipped the wall and, from the resultant corner taken by Kyle Taylor, the striker saw his header saved by replacement goalkeeper Angel.