Dickie puts one into the box and it takes a nasty deflection off Kelly on it's way in. Luckily, it didn't matter as Travers palmed it away at full stretch.

From the resulting set-piece, it's Solanke of all players who heads away!

Mepham is coming on as we look to see this one out.

Christie is the man coming off. A good shift on his full debut.

It falls to him in the midfield and he has a drive at goal. It bounces up nicely and he takes on the shot, but it is comfortably for Dieng.

BIG save from Travers!

Superb from Travers. De Wijs rises highest from a corner and Travers saves from point-blank range. Moments later, Dykes has a go and the Ireland international tips over the bar.

Against the side netting!

Zemura plays a lovely one-two with Rogers, who has just come on. He works a good shooting position, but his fierce shot hits the side netting!

Moments later, Billing and Solanke both have a go inside the area, but their shots are met with a good block by De Wijs and a strong save from Dieng respectively.

Rogers is being introduced to the field of play, with Anthony coming off to a standing ovation.

Willock goes into the book...

The ball goes out of play and he taps at Smith's ankles on the sidelines. The right-back goes down and the card is issued to the QPR man.

Zemura works his way into the box, beating two players. His cross is cleared by Dickie but bounces in front of Lerma on the edge of the area...

The Colombia international lines up his shot, hits it on the half-volley and it goes just wide of Dieng's post. 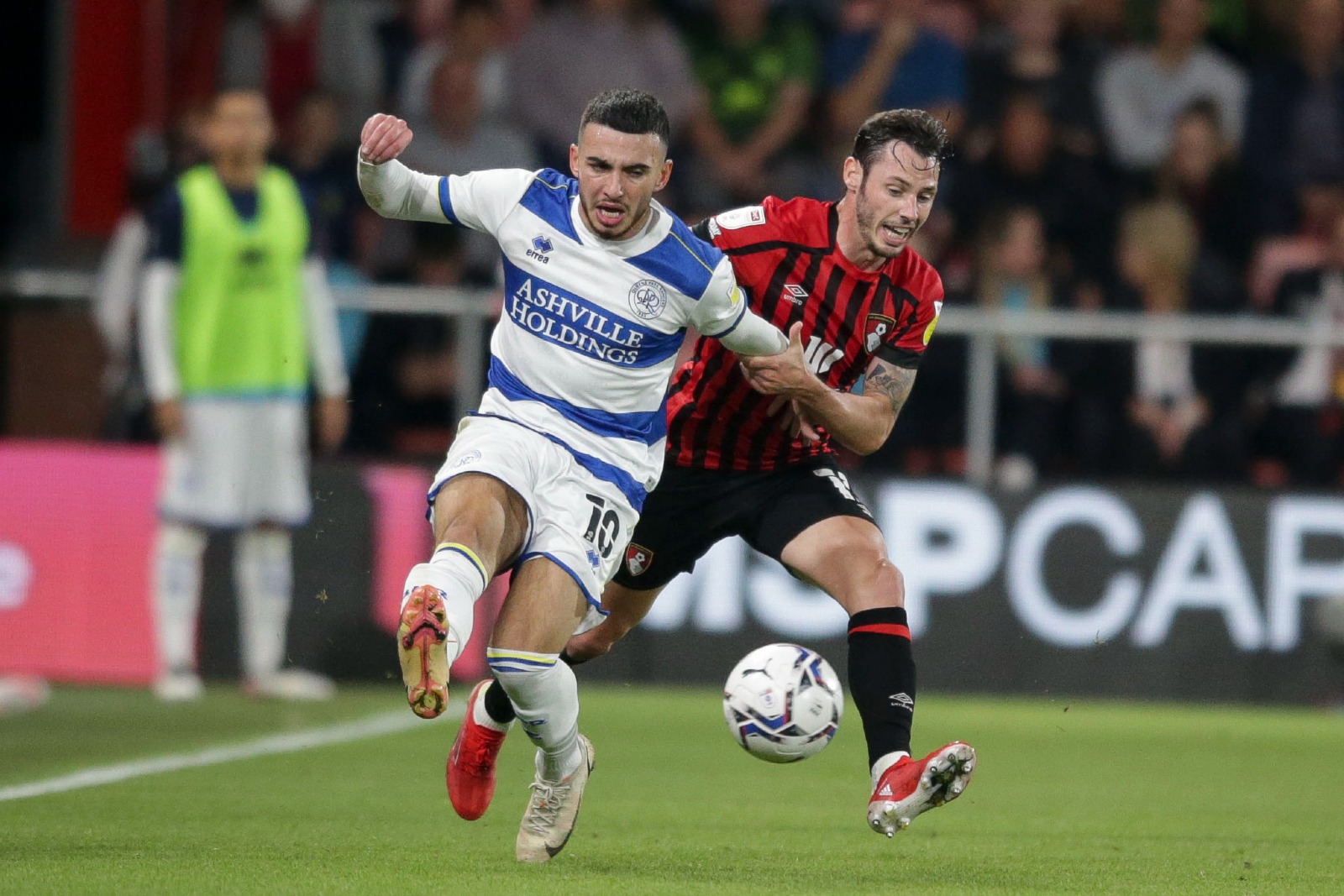 A change for the Cherries now...

Pearson is coming on and Brooks is coming off in our first substitution of the evening.

A double change for QPR...

Dykes and Kakay have been withdrawn, with Gray and Adomah introduced.

QPR have one back...

McCallum strikes from inside the area. It takes a deflection off Cahill and Travers can't quite get there.

Anthony wins it back on the left and finds Solanke. His back-heel in the box picks out Billing, but the Dane's shot which had beaten Dieng hits the post!

So close to a third there!!

A quiet start to the half...

The Cherries have enjoyed the majority of possession at the start of this second-half, but no real chances.

Dykes has just headed a cross straight at Travers, while Zemura wins a free-kick up the other end of the pitch. It's taken short to Billing and the hosts are knocking it around comfortably. 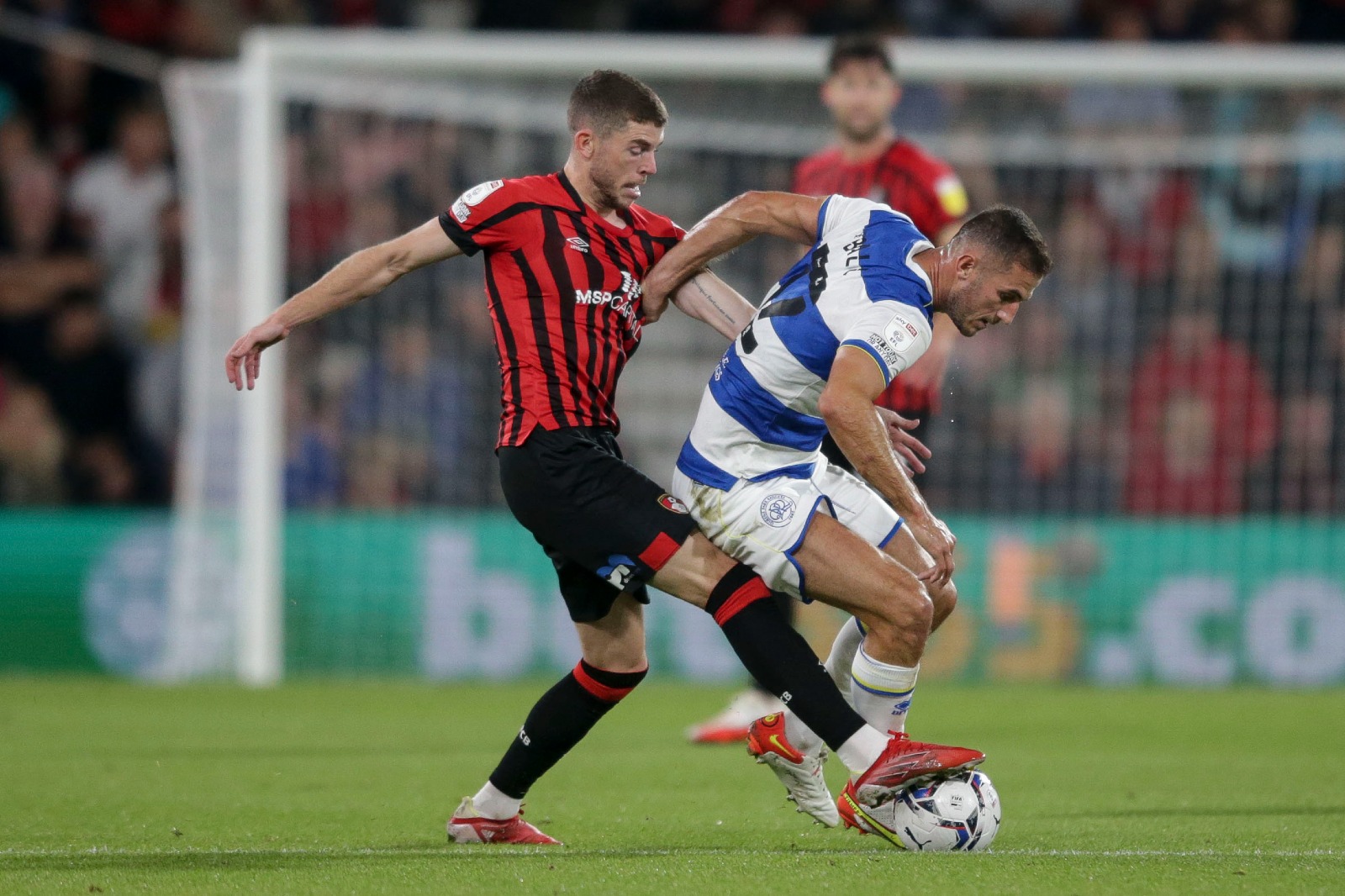 We're back underway at Vitality Stadium as Solanke gets us started. 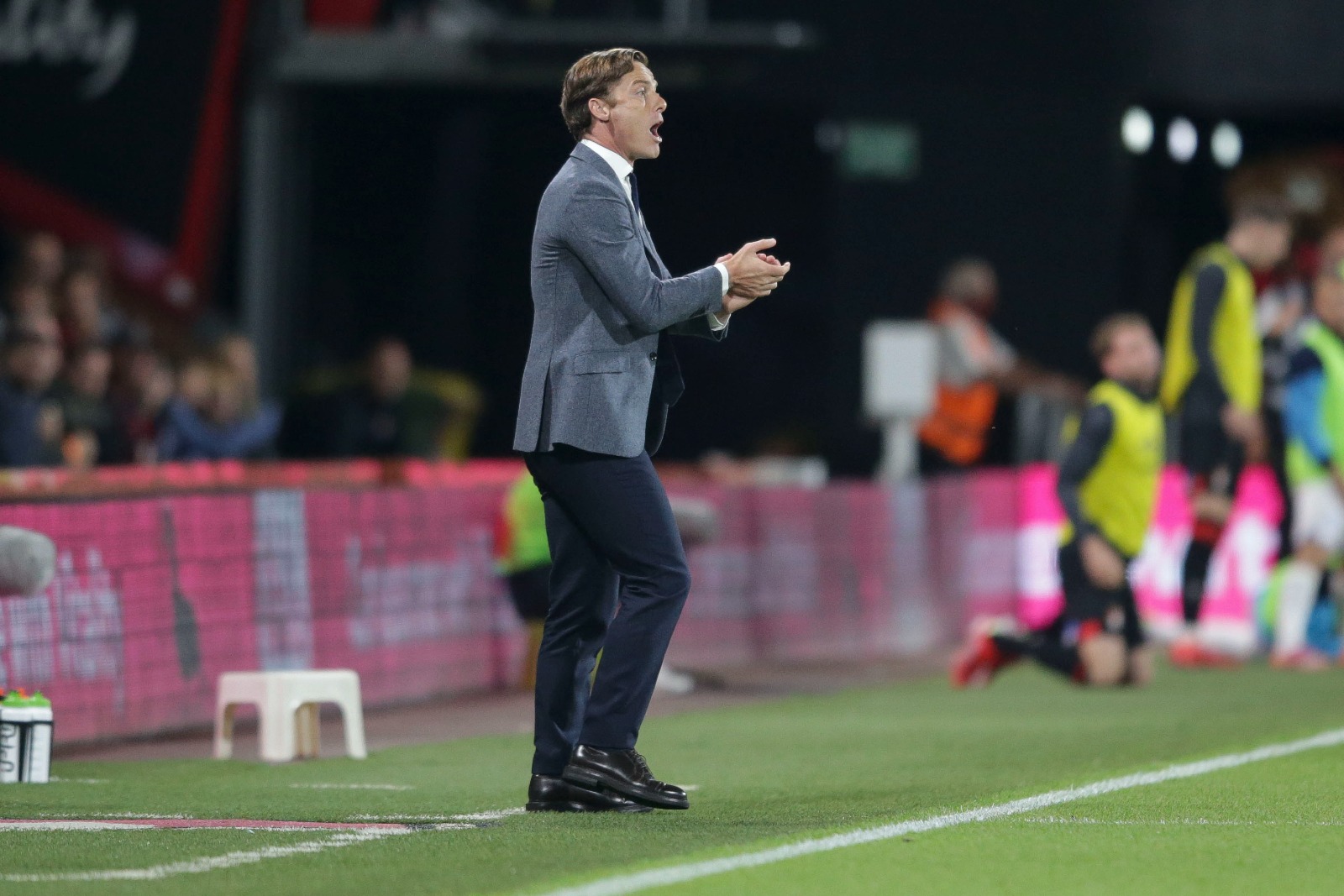 A solid half for Scott Parker's side...

Goals from Jaidon Anthony and Dominic Solanke give the Cherries a two-goal lead at the break.

Stay tuned for the second-half.

A couple of yellow cards...

Brooks and Johansen get into a tussle and it's a little bit heated. The referee pulls up to give QPR the free-kick and both players are booked in the aftermath!

Number two of the night! 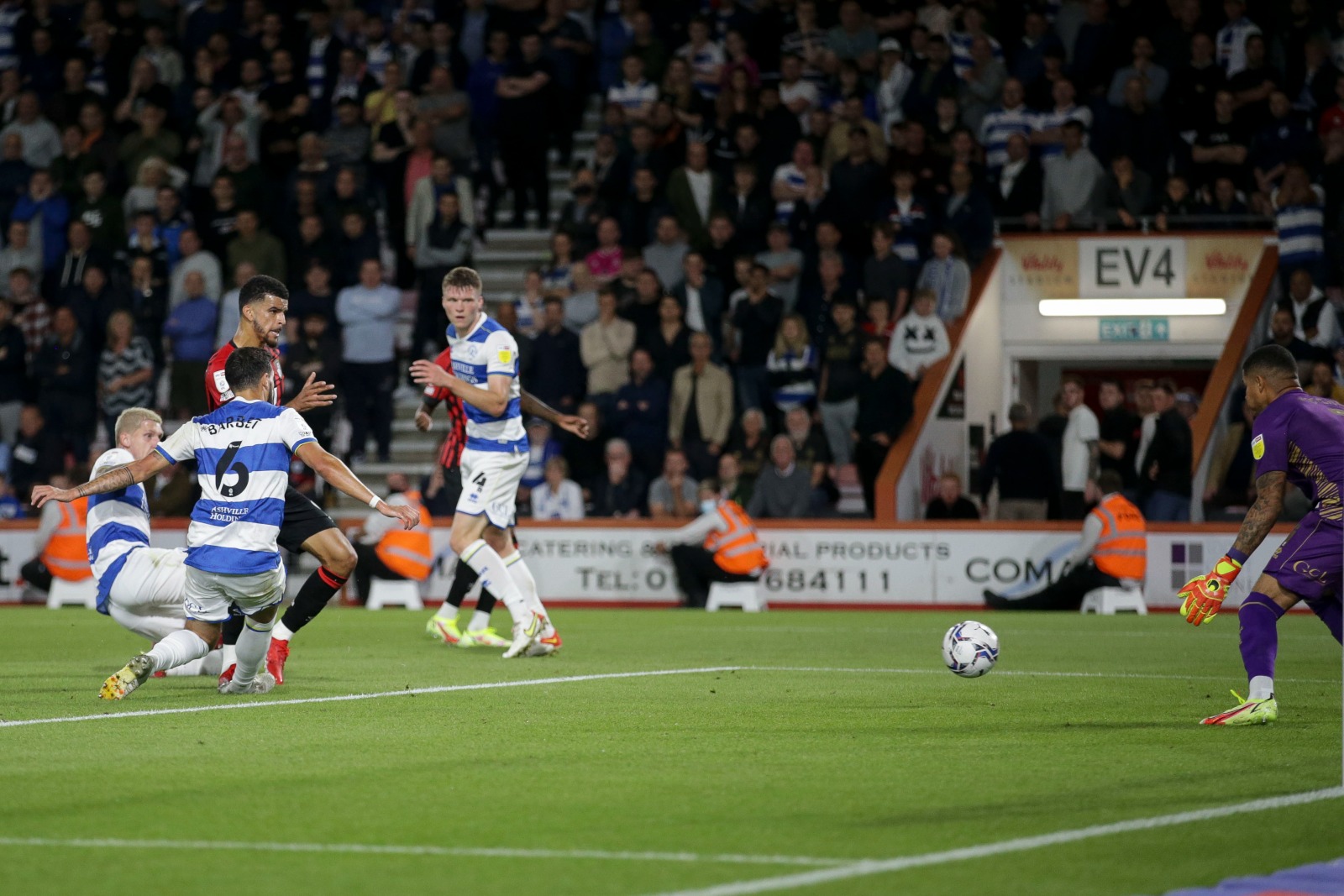 The Ted MacDougall Stand are in great voice and a chant of 'Happy Birthday' for Dominic Solanke erupts.

The striker smiles and gives a thumbs up!

A birthday goal for Solanke!!

Brooks finds Solanke, he plays an intricate one-two with Anthony on the left and slots calmly home beyond Dieng.

Both teams enjoying spells of possession, but no real attacking threat from either side.

Lerma has tried to play in Billing over the top, but he gets too much on it and it drifts out for a goal-kick to QPR.

Willock again gives it to Chair 20 yards out. He sets himself and tries to find the corner, with Travers on the stretch, but the 'keeper had it covered and it goes wide. 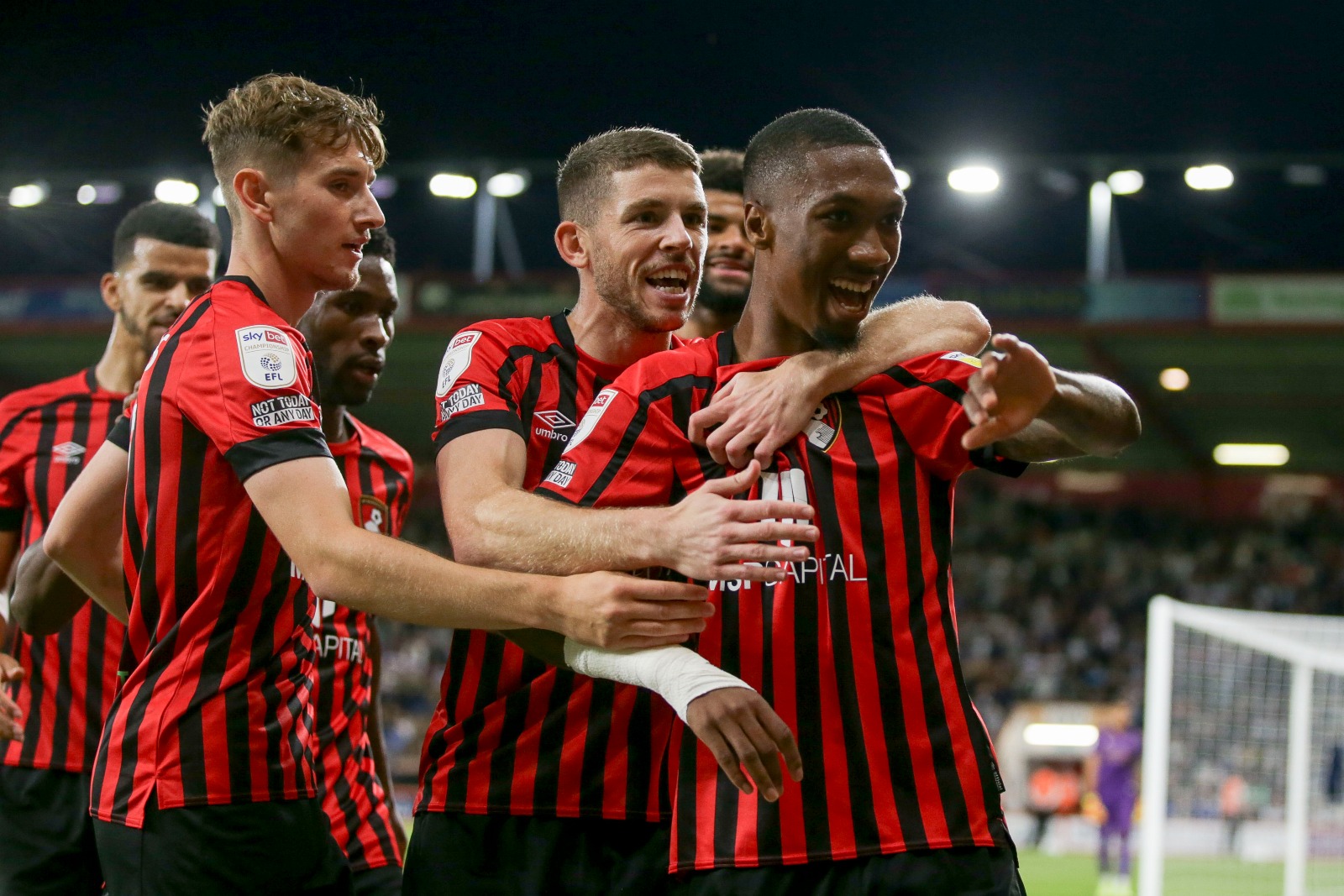 Chair emerges with the ball on the left and gives it to Willock. The winger plays a one-two and just as Chair is about to unleash the shot, there is Billing who comes sliding in from nowhere to get in the way.

Superb from the Dane!

He wins it back on the left and slaloms through three players, before lifting his head and looking for Solanke.

Sadly, Dickie is there to clear and the danger is averted for QPR. The Cherries have really picked up since the goal.

Here’s how we took the lead! #afcb 🍒pic.twitter.com/UJI3mhd4Ts 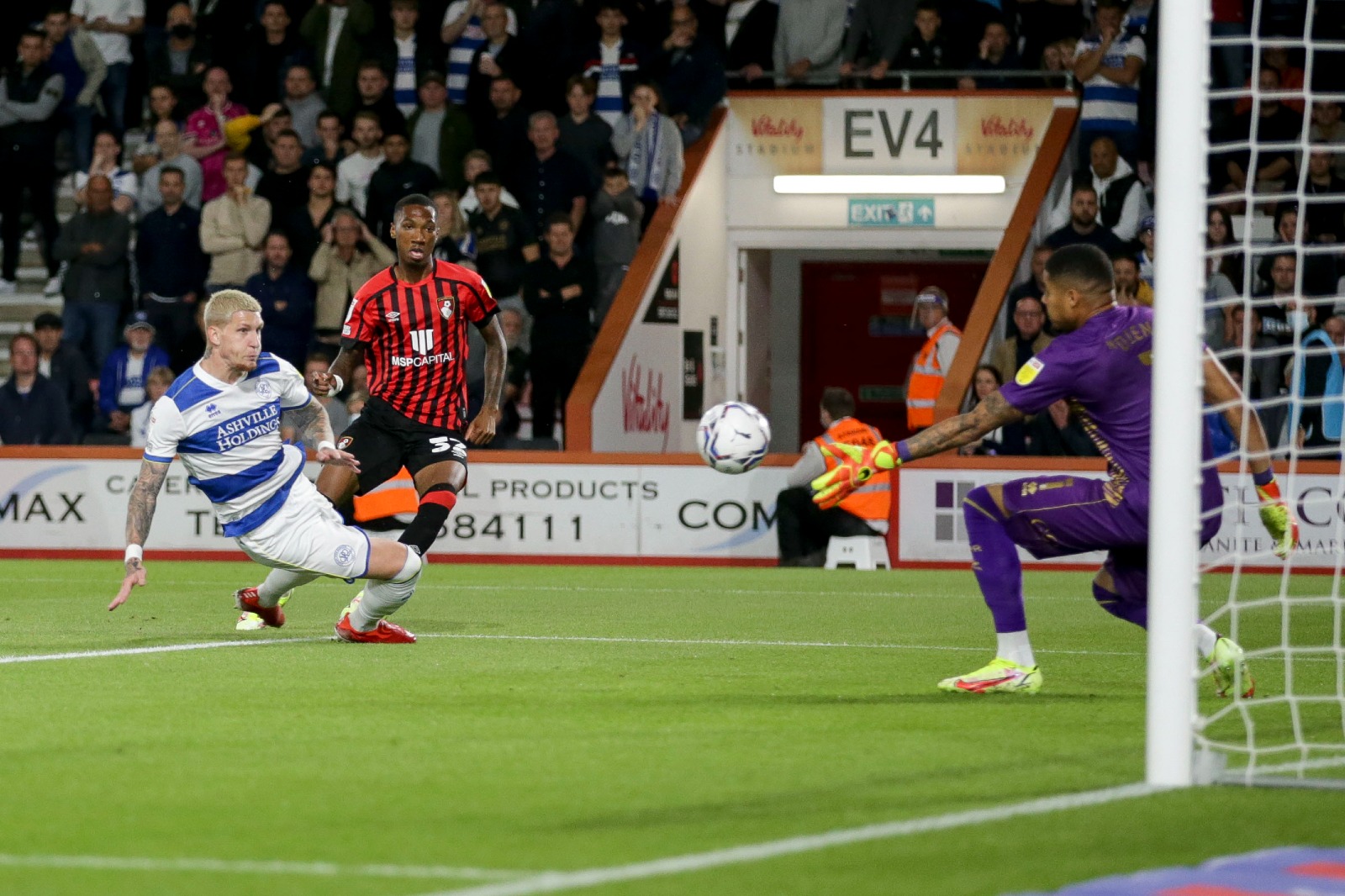 Anthony nicks the ball off Dickie at the back and the defender can't recover! He bursts into the box and curls it beautifully round Dieng for his first home Cherries goal.

The forward could've even squared to Solanke for a tap in, but he remained cool, calm and collected to get the job done himself.

He brings down Chair 40 yards out and the referee goes to his pocket.

QPR with the chances...

The ball bounces around the box and it falls to Chair on the edge of the area. He hits it on the half-volley and it's blocked by Zemura.

It then falls to Willock, but his effort sails over Travers' bar.

Chair with the free-kick...

QPR have a free-kick in a dangerous position after a foul on the edge of the box. Chair is over it and aims for the top left corner, but it doesn't trouble Travers and goes for a goal-kick.

We're off and underway!

We'll be kicking towards the Ted MacDougall Stand in the first half...

Both sets of fans are in good voice under the lights!

The warm ups are done and the players are out!

Power is playing loud and clear, and we're ready at Vitality Stadium.

A birthday in the house! 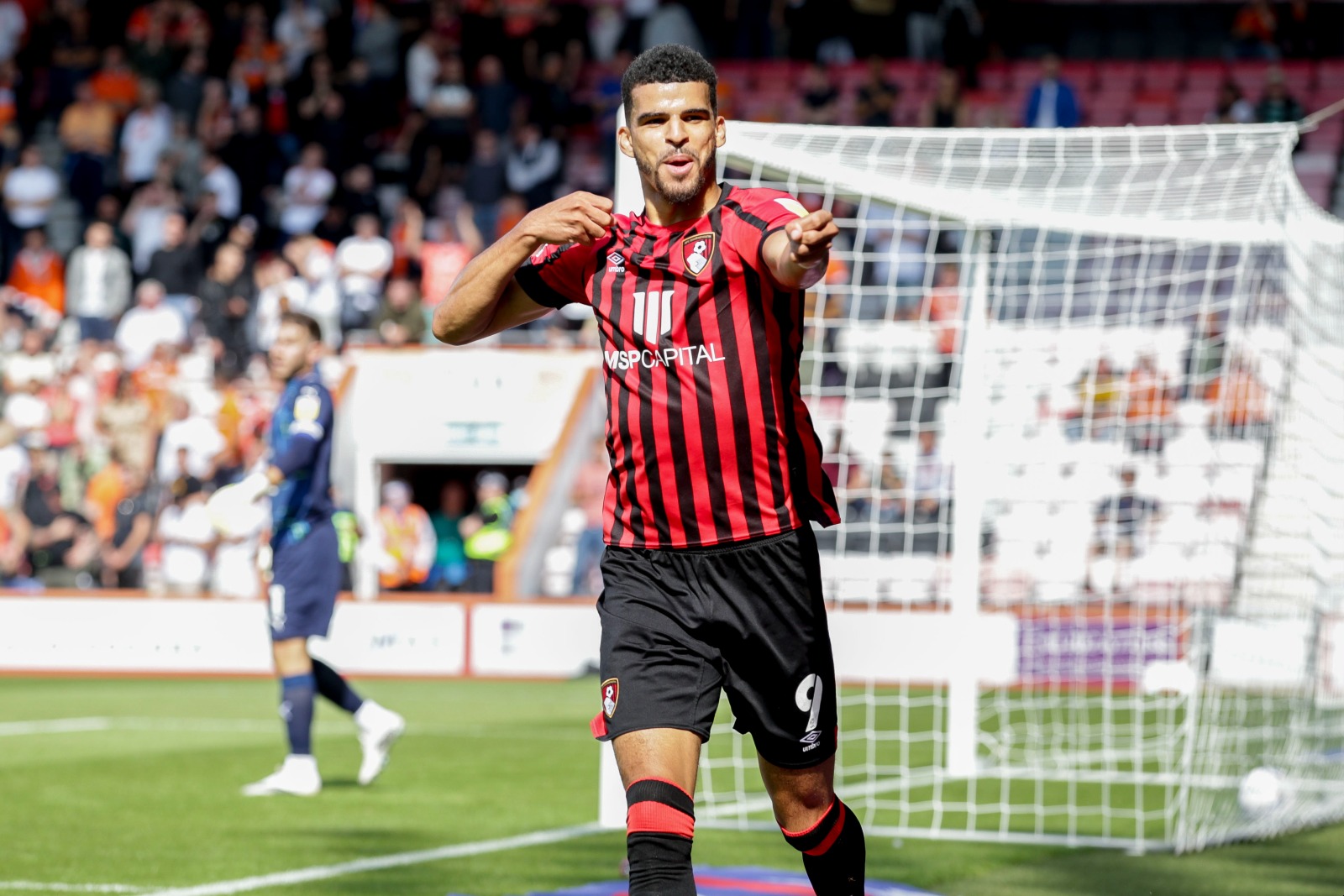 Dominic Solanke is celebrating his 24th birthday today. Can he make it extra special with three points and a goal?

The birthday boy 🎈@DomSolanke looks ahead to kick-off 🎬#afcb 🍒 pic.twitter.com/zEdRz1QGeS

The birthday boy 🎈@DomSolanke looks ahead to kick-off 🎬#afcb 🍒 pic.twitter.com/zEdRz1QGeS 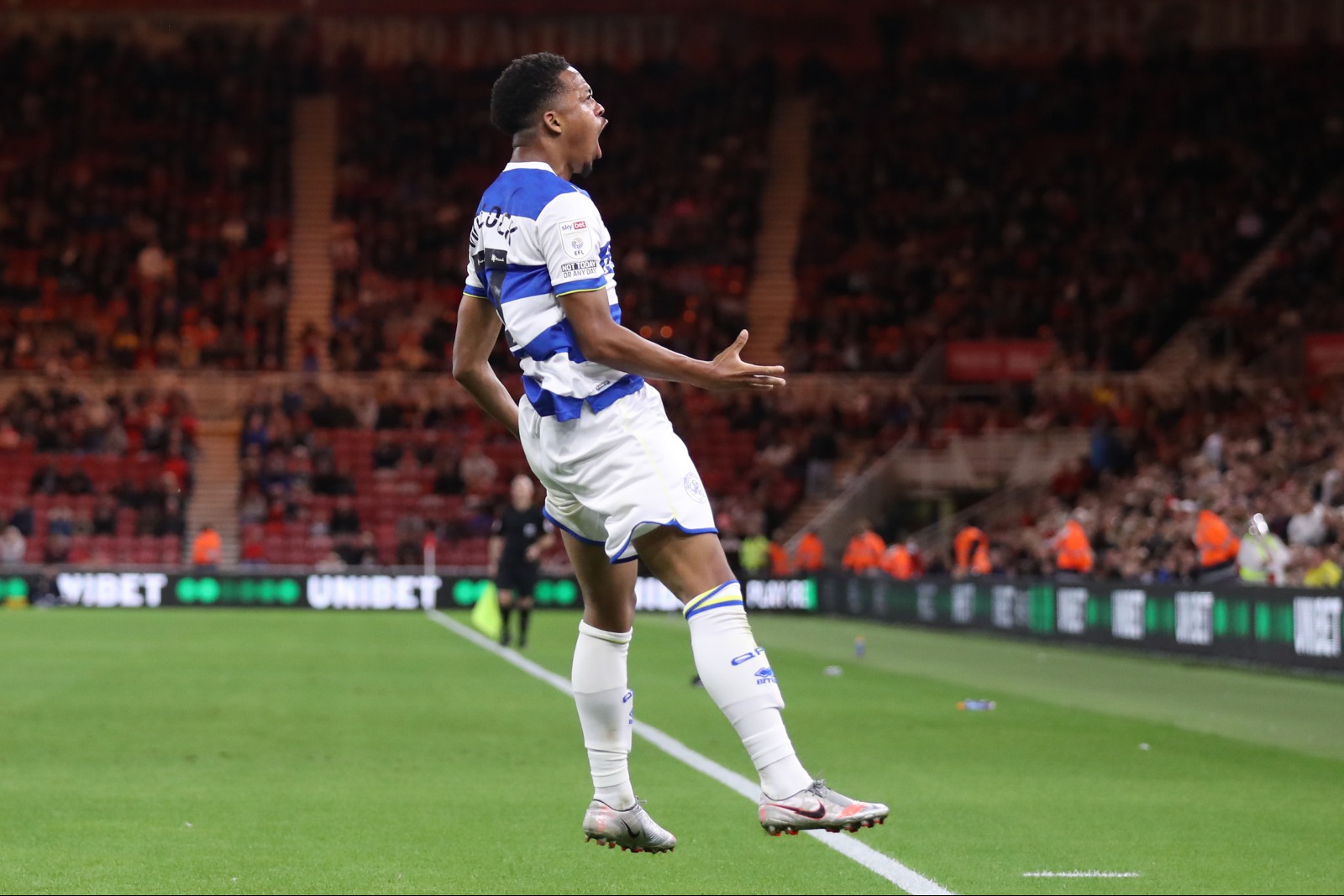 QPR are an in-form team in the division and haven't lost in the league yet this season.

Much like the Cherries, they've won three and drawn three, and they also have a goal difference of six!

On Saturday, the London outfit fought back from 3-1 down to draw 3-3 with Reading and maintain their strong start to the campaign.

They currently sit fourth in the table, just one point behind Scott Parker's side. 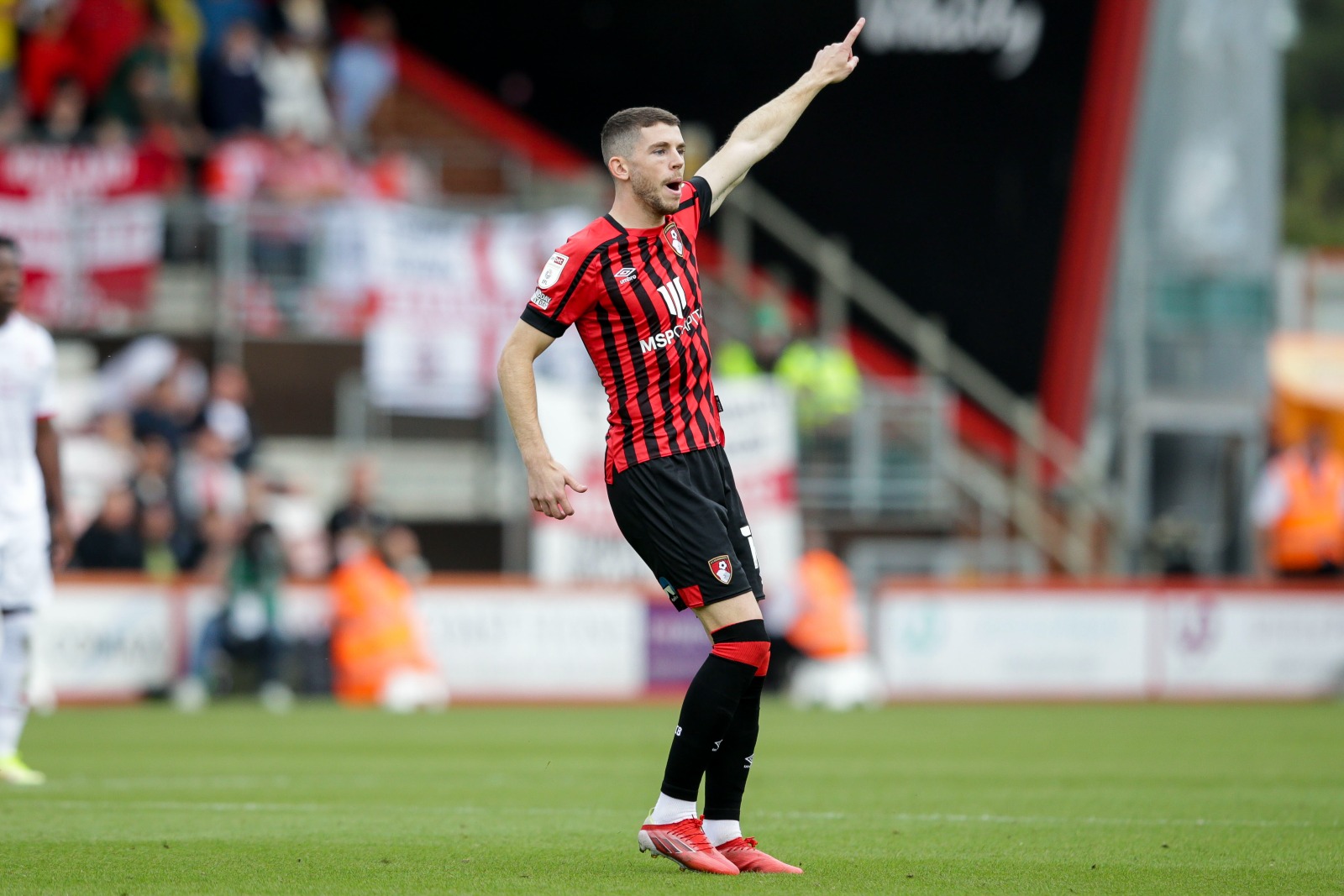 There's an hour to go and that means team news is in!

Ryan Christie makes his first AFC Bournemouth start in the only change from Saturday, with Ben Pearson dropping to the bench.

Elsewhere, there are no changes in and around the squad, with the same 18 from Saturday involved at Vitality Stadium tonight. 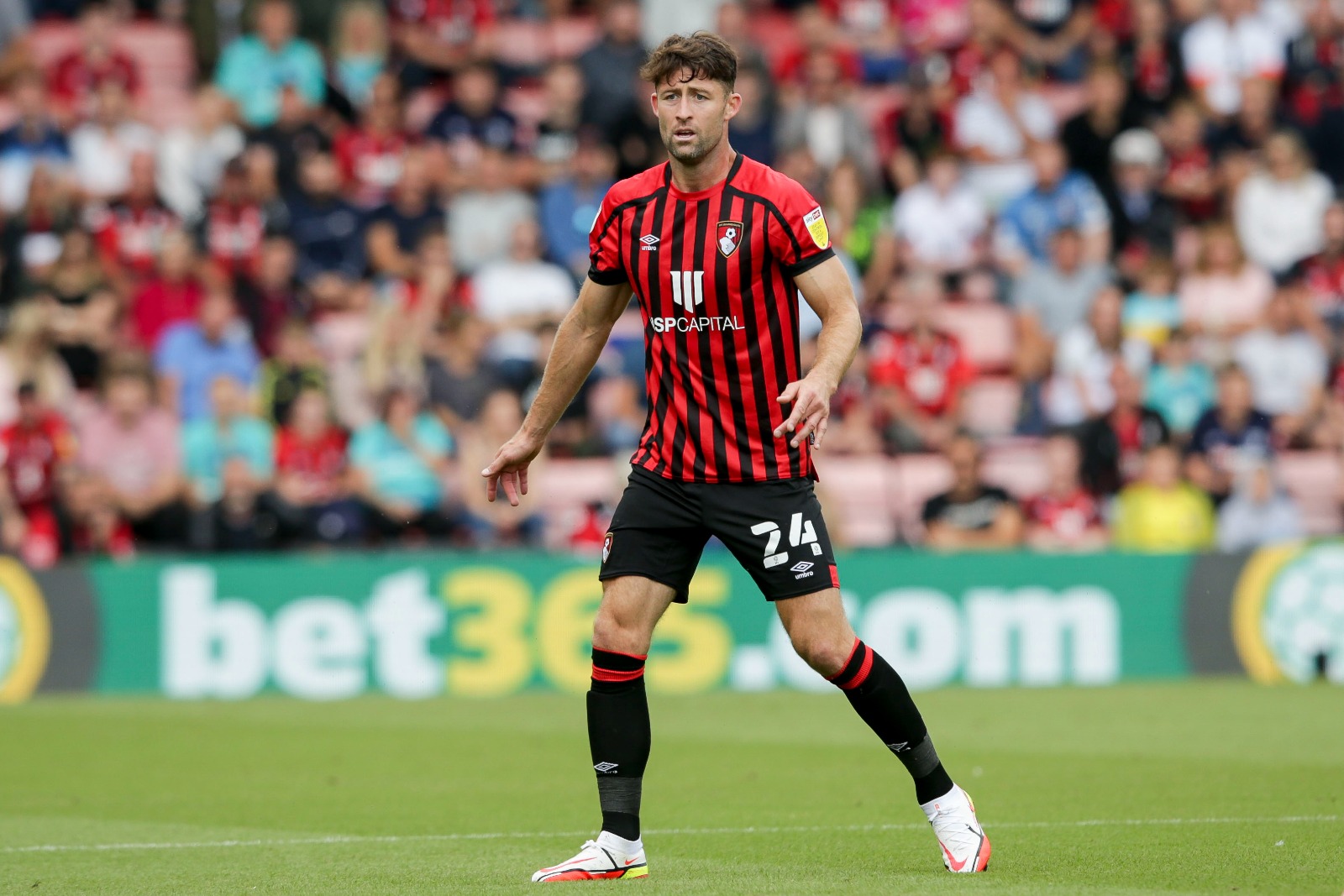 “The decision for me in the summer was ‘what’s going to drive me this next season?’ Am I going to just add appearances to my record in the Premier League or is there going to be another challenge?

“A challenge where I come into an exciting new group, with a new manager, a young squad, a squad that’s fighting for promotion along with six, seven, eight other teams. I’m not deluded in that aspect, it’s going to be very tough as well.

“But the mindset, it’s almost like going back to when I was at Chelsea, the mindset here should be you try to win every single game. A draw is not good enough, not enough. That should be the mindset.

“In terms of the way I approach games, I approach every game that we need to get three points if we want to get to the eventual target at the end of the season.

“We know that’s not always going to happen but that’s the mindset I have and that’s the one everyone else here should have.” 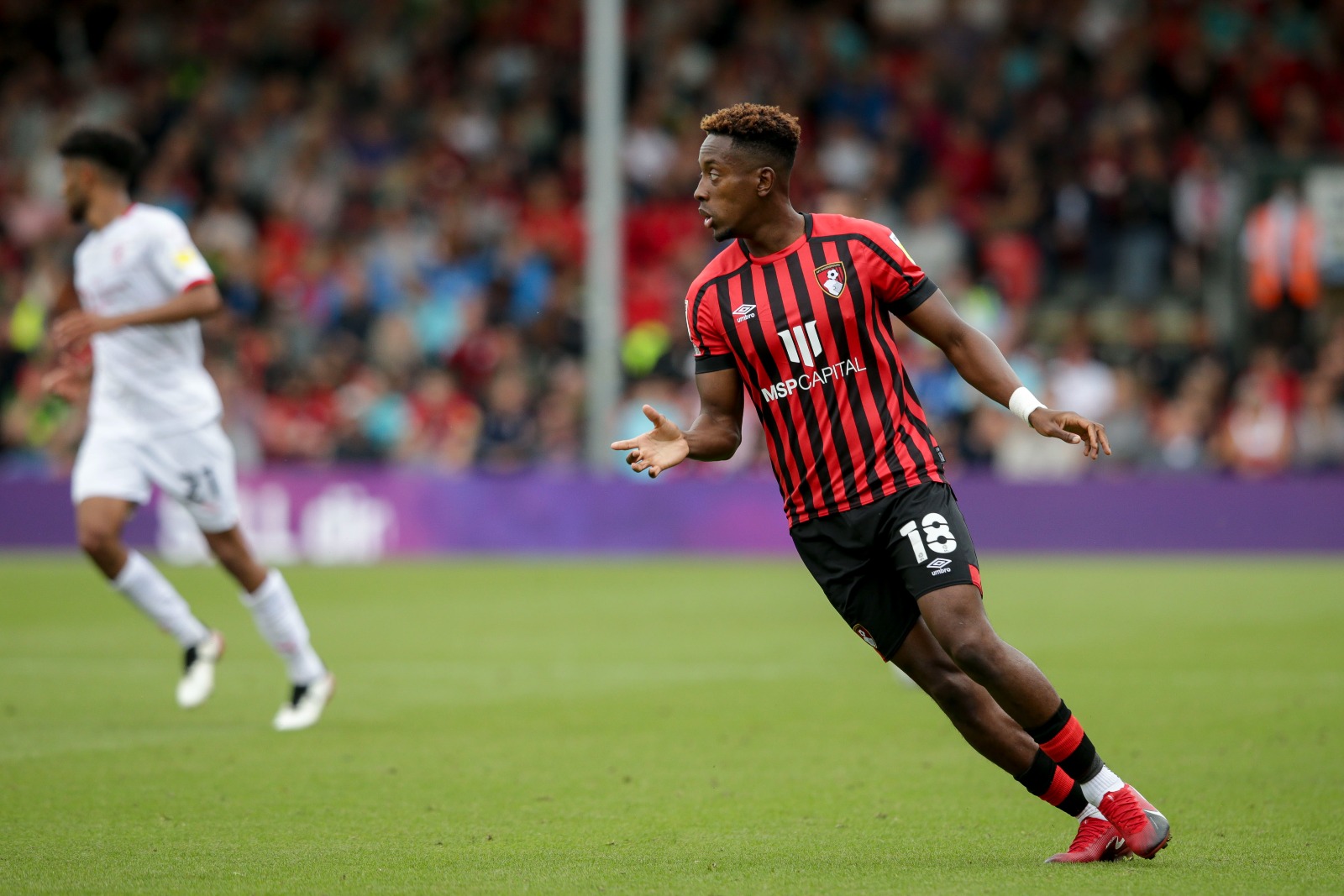 Both new boys, Jamal Lowe and Ryan Christie, were on the bench for Saturday's 3-0 win against Barnsley and could feature again this evening.

Junior Stanislas missed out, but Adam Smith returned to the starting line-up for the first time since West Brom on the opening day of the season.

Lewis Cook remains out as recovers from an ACL injury sustained last season, but there are are no new injury concerns for Scott Parker's side.

Welcome to this evening's matchday blog, as AFC Bournemouth take on QPR at Vitality Stadium.

Stay tuned throughout the evening for all the build-up and in-game updates you need. We'll have match previews, team news and the latest updates throughout the match so don't move a muscle.

Tonight's game is available to watch on Sky Sports, while you can also listen to live audio commentary on afcbTV for just £2.50.

Thank you to our mascots tonight 🙌#afcb 🍒 pic.twitter.com/wAd93Tmvgt

Back to it 👊#afcb 🍒 pic.twitter.com/wg1JaUX5Zg

That feeling when you've got a game under the lights 😍

Happy birthday @DomSolanke, we hope you have a great day 🎉#afcb 🍒 pic.twitter.com/GidOu0IWPD

See you this evening 👋 pic.twitter.com/RUoKGLL5xl