Joshua King bagged the only goal against his former club as AFC Bournemouth recorded a memorable win over Manchester United today.

King, who started his career in England at Old Trafford when he was 16, scored the decisive goal with a finely-taken effort on the stroke of half-time.

It was his third goal in the Premier League this season and the second time he had netted the winner against the Red Devils following his goal in the 2-1 victory in December 2015.

Harry Wilson was restored to the Cherries starting line-up, the Liverpool loan man replacing Arnaut Danjuma who dropped to the bench.

Marcus Rashford, Harry Maguire and Victor Lindelöf were all declared fit as Manchester United named an unchanged team following their 3-1 win at Norwich six days ago.

Rashford looked to set up the first chance when he fed Daniel James on the right wing but Andreas Pereira failed to get on the end of the Wales international’s cross.

Another centre from James fell to Fred in space but the Brazilian sliced his shot wide when well placed.

Philip Billing’s slide-rule pass found Callum Wilson but after the striker had teed up Jefferson Lerma, Fred charged down the Colombian’s effort from the edge of the box.

Strong appeals for a penalty fell on deaf ears after Fraser had gone to ground under an Ashley Young challenge in the 17th minute.

A promising move started by Callum Wilson’s pass to Joshua King ended with Fraser hitting his shot from a tight angle straight down David de Gea’s throat in the 27th minute.

A coming-together between Lerma and Martial saw the Manchester United man take a tumble in the box with referee Chris Kavanagh awarding a corner.

Lerma, unhappy with Martial’s actions, showed his displeasure and was booked along with Fred. A fifth yellow card for Lerma will rule him out of Cherries’ trip to Newcastle next week.

Diego Rico’s 38th-minute free-kick was cleared only as far as Harry Wilson but his effort from the edge of the box was blocked and did not trouble de Gea.

King drew first blood on the stroke of half-time with a superbly-executed individual goal, his third in the Premier League this season.

The Norway international received Smith’s pass with his back to goal, held off and turned Aaron Wan-Bissaka before firing past de Gea from close range.

Fraser met Smith’s cross with a crisp volley at the start of the second half, only to again hit his effort straight at de Gea who saved comfortably.

Steve Cook received the third yellow card of the game for a foul on Rashford before Ramsdale was forced to beat away a stinging drive from Pereira.

Fraser joined Cook in the book for a late challenge on James before the hosts went close to doubling their led through King.

The frontman was picked out by Callum Wilson’s pass and, although he nipped in ahead of de Gea, the United goalkeeper did enough to prevent him making it 2-0.

Harry Wilson’s free-kick from just outside the box sailed over the crossbar after Smith had been felled by Young midway through the second half.

The Wilsons combined to fashion a chance in the 75th minute, with Harry seeing his low shot superbly pushed around the post by de Gea after being teed up by Callum.

Cherries had an escape when United substitute Mason Greenwood stole in at the far post to meet Fred’s cross, his effort striking the upright.

Ramsdale made a top-drawer save to keep out Scott McTominay’s shot seven minutes from time before Cook’s last-ditch tackle stopped Rashford in his tracks.

And Ramsdale had the final say when he saved Fred's long-range shot to ensure a third clean sheet in succession. 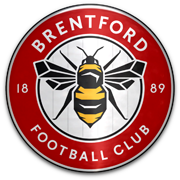