Substitute Junior Stanislas scored with his first touch as his late penalty sealed a 2-1 win for AFC Bournemouth over Crystal Palace.

Inside the opening minutes David Brooks finished off a swift move to confidently score his first goal for the Cherries and his first in the Premier League, the home side the superior side in the first half and a goal to the good at the break.

The tables turned ten minutes after the restart, Patrick van Aanholt levelling with a powered drive.

As the game clicked towards its conclusion Stanislas stepped off the bench and near-immediately scored a penalty, sealing the three points with his first touch of the match following a clumsy foul on Jefferson Lerma.

Simon Francis as skipper and Lewis Cook came into the starting line-up, under the lights at Vitality Stadium, the latter making his first Premier League start of the season.

Still and crisp at kick-off, Brooks lit the evening up inside five minutes as the Cherries moved into an early lead.

Adam Smith, starting at left-back, arrowed in a low cross from the flank, Callum Wilson controlled and set the ball for Brooks and the Wales international didn't hesitate in running on and firing an unstoppable left footer in off the underside of the cross bar.

A low Max Meyer strike tested Asmir Begovic's handling on a slick surface, Nathan Ake flicking a header wide at the other end after the hosts recycled a corner.

The first half hour belonged to the hosts, Wilson rustling the side netting from a tight angle as Bournemouth threatened a second, Steve Cook's header from a free-kick too close to Wayne Hennessey to cause the visiting 'keeper too much distress.

Jordan Ayew, locked in a fruitless half-long battle with Ake, struck well over, the Cherries holding their well-earned lead through to the interval.

Palace began the second half in determined fashion, penning the Cherries in with an opening fashioned for Ayew, the Ghanaian shooting once more high from just inside the box.

The away side's attacking intent saw them drew level on 55 minutes, danger man Wilfried Zaha, so quiet in the first period, feeding forwards for Van Aanholt who smashed home a venomous near-post effort that Begovic was unable to keep out.

Dan Gosling made his injury return and replaced goalscorer Brooks as Eddie Howe looked to stem the change in momentum, also switching formation to a 4-5-1, Ryan Fraser and Joshua King supporting Wilson in attack.

King's cross flicked off Mamadou Sakho and despairingly out of reach of the poaching Wilson at the back post, the game increasingly open as both teams looked capable of netting the game's third goal.

In front of 10,199 supporters, the match remained in the balance, Francis drilling a low shot from a free-kick well wide.

Inside the closing ten minutes, both sides made attacking changes, Stanislas entering the fray for Bournemouth, Alexander Sorloth introduced for the away team.

Fraser then stole possession on halfway and seared forwards into space, squaring to Wilson the striker had just Hennessey to beat, but hit only the Welsh 'keeper's legs with the golden opening.

Wilson then turned provider with a on-point cross that Gosling headed goalwards, Hennessey again to the rescue for Palace.

It was one way traffic, and as a Fraser set piece from the right flew into the area Sakho's flailing arm floored Lerma and referee Mike Dean pointed to the spot.

Stanislas took the ball uner his arm and with his first touch of the game calmly placed his spot-kick down the middle, Bournemouth dramatically regaining their lead.

With four minutes of additional time signalled, the home fans loudly roared their side towards the finish line, the winning post reached with some solid late defending, the Cherries moving up to seventh in the Premier League table, seven games in.

Signed in the summer, much has been expected of the incoming Brooks, but perhaps not so much so quickly. The former Sheffield United wideman has started every top-flight game so far, looking a fine fit for both Bournemouth and the Premier League.

Previous fixtures have hinted at the 21-year-old's goal threat and a maiden Cherries goal arrived with a calm and assured finish that has mirrored his precocious play at the outset of his career on the south coast.

The result strengthened the Cherries' position in the top half of the league table, the evening's endeavours also stretching the home side's unbeaten run at Vitality to seven games in league and cup, ten points claimed from four home games so far this campaign. 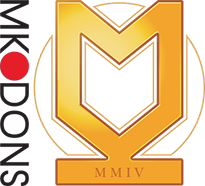