What a win - Junior Stanislas' late free-kick, a sensational strike, has won it for us!

A big win for us - don't forget to get all the action on afcbTV later! Thanks for following, see you next time.

What a win - Junior Stanislas' late free-kick, a sensational strike, has won it for us!

A big win for us - don't forget to get all the action on afcbTV later! Thanks for following, see you next time.

Charlie Daniels scoops an Albion effort off the line! A nervy finish here!!!!!!!

And it will be even more as Nathan Ake and Jake Livermore share a nasty clash of heads.

It wasn't pretty, but both players are moving. That's all that matters.

87: WHAT A GOAL A MOMENT OF REAL QUALITY!

A free-kick 30-yards out... You're wondering if Stanislas is going to shoot or cross...

He elected to shoot and got it inch perfect! One for the afcbTV highlights - a great great strike!! 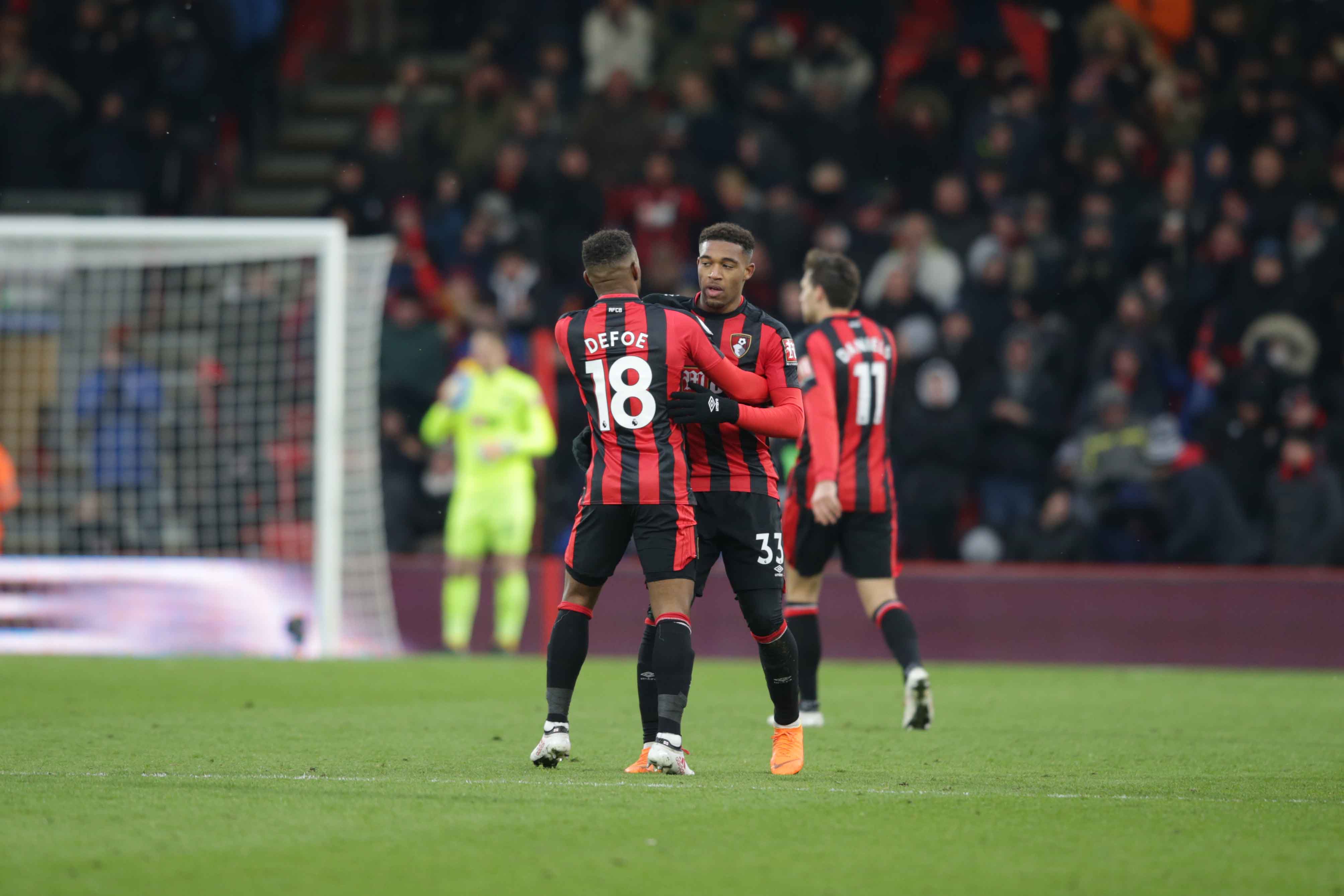 Five minutes to go, we look threatening, but can we get a late winner!?

WBA have come out a lot more since the goal, they know they have to win...

A good strike that!!!

We're level - Ibe cuts in from the left, smashes it and it swerves all over the place and nestles into the net! Eyes on Ben Foster there, but we're level!!

King draws a foul on the edge and we get a free-kick...

Stanislas dinks it but it hits the top of the net! Half the ground thought it was in! Close!

We're having plenty of the ball, but we just cannot prise open this Albion defence.

They're hanging on for the lead, but we're not able to create anything clear cut.

It's frustrating so far - Jermain Defoe is coming on. 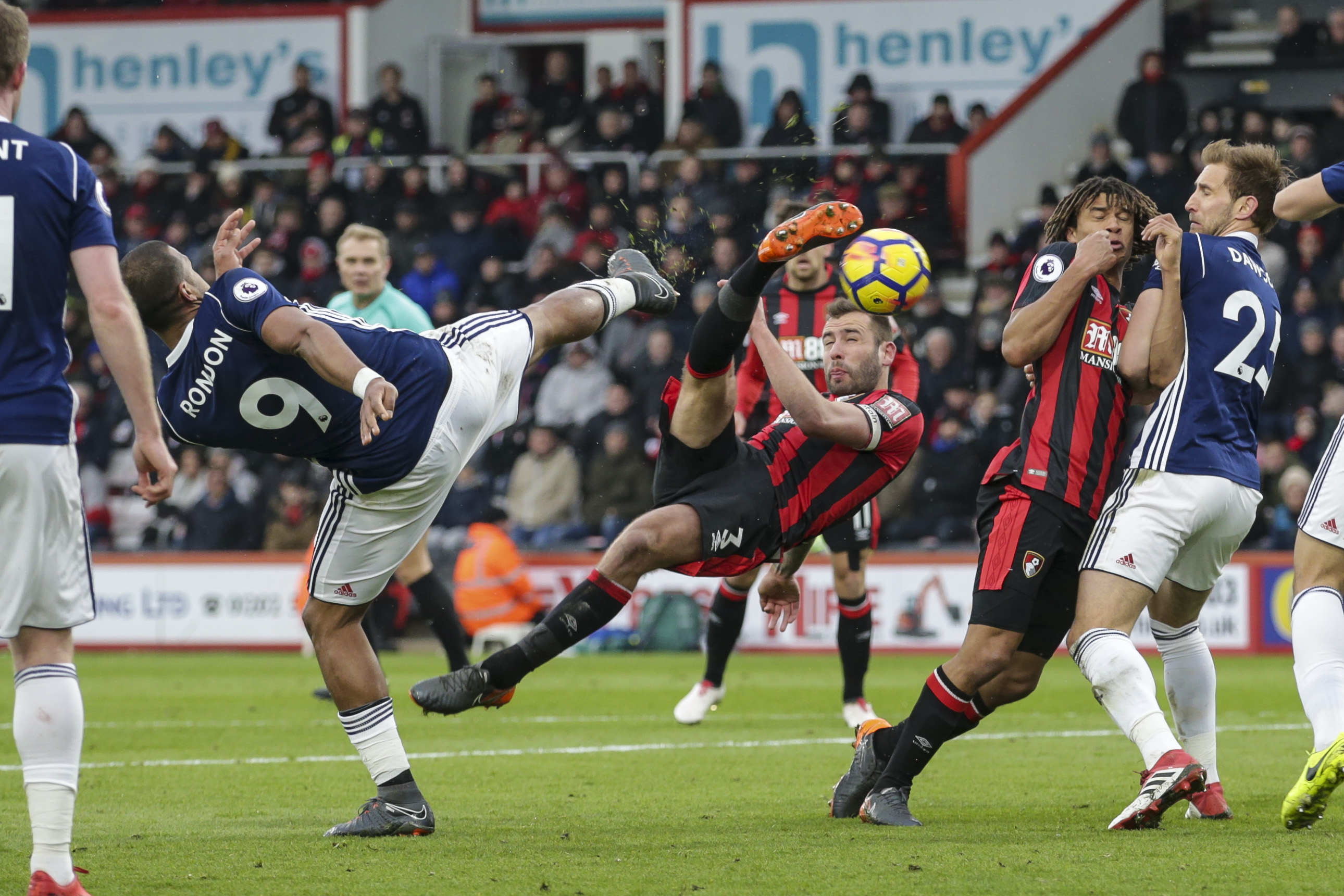 That alters the complexion of the team, it looks like three at the back, Stanislas LWB and Ibe RWB - Mousset goes up top with WEilson and King.

Steve Cook swivels from a loose ball and hammers a drive in the area which is high, but not by much!

A Kieran Gibbs cross is nodded on by Rondon and Rodriguez is there to turn on the ball and smash it in the six-yard box.

We're a goal down.

A Kieran Gibbs cross is nodded on by Rondon and Rodriguez is there to turn on the ball and smash it in the six-yard box.

We're a goal down.

This time it's us who break!

Stanislas gets it from Wilson and Jonny Evans slips, but the winger has a big effort well blocked!

We're attacking the Steve Fletcher Vitality Main Stand this half, a big one ahead.

No changes for either side... let's get it! 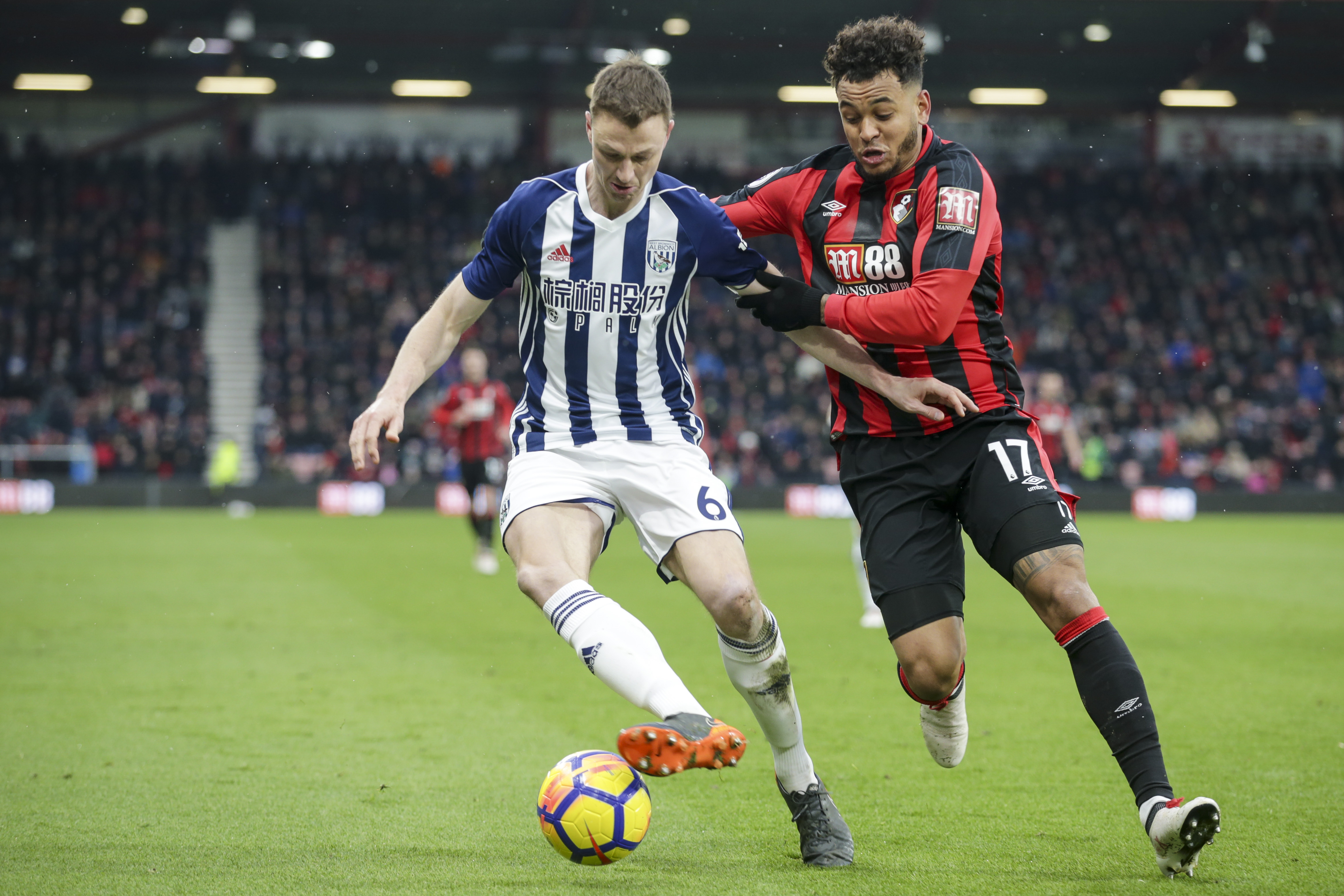 West Brom have been big and compact, and haven't let us through.

It's been a tough one so far - all to do in the second half!

Stanislas wins a free-kick as we try to break through the wall of nine shirts.

He shoots from 25-yards, curls it up and over the wall, but it's comfortable for Foster to dive to his right. 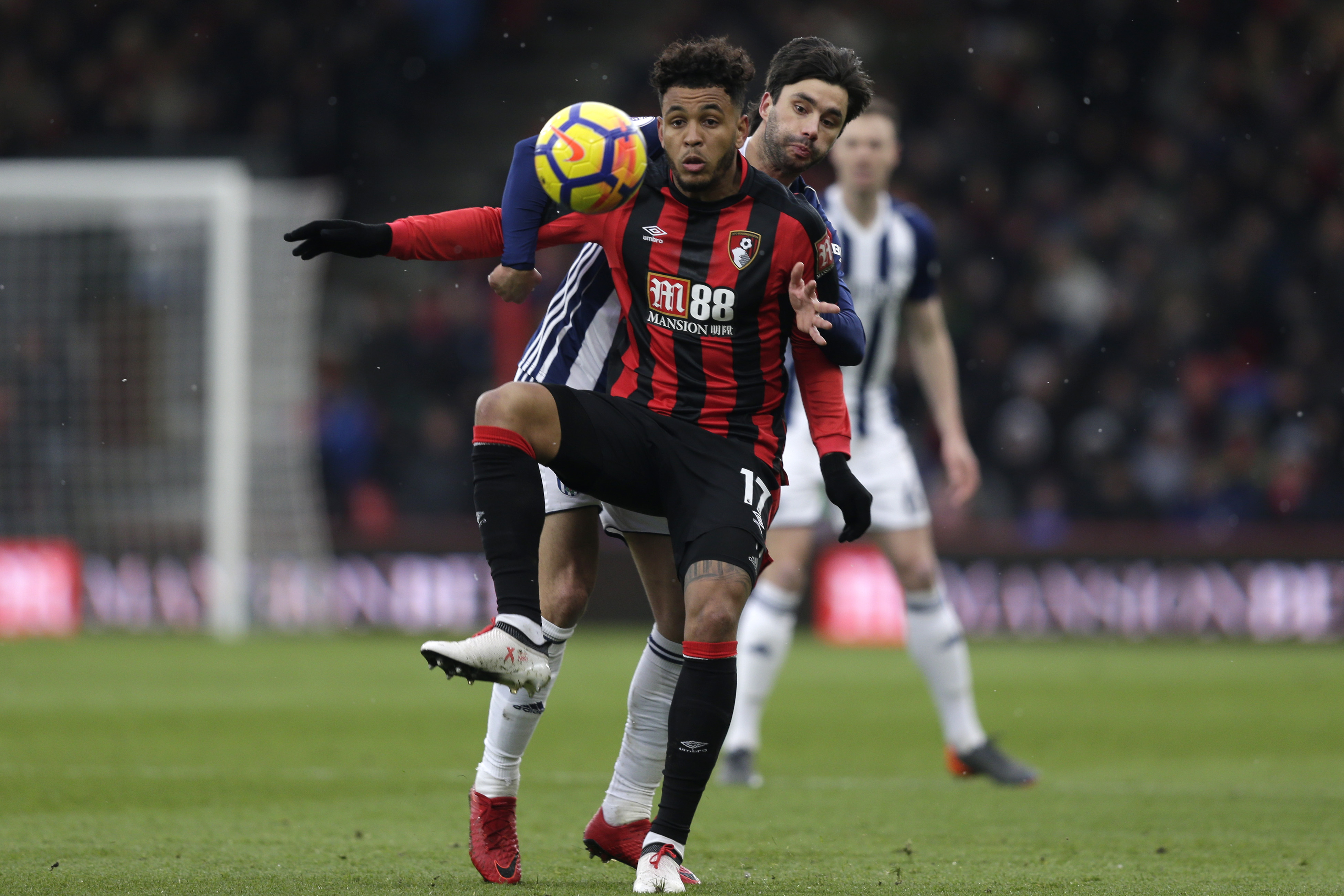 A mixed bag so far. We haven't really created anything thus far, West Brom's gameplan as I've said before, has been effective.

It will take a moment of real quality to break the deadlock before the interval.

Adam Smith picks up the game's first yellow card - he went in for a 50/50 and caught Jake Livermore.

After a brief delay, Livermore was also booked, possibly for dissent.

King holds it up in the box and Hegazi dangles a leg...

King goes down, not easily either and looking at it from another angle, it could have been given!

And a big save by Begovic.

Ahmed Hegazi crossed from the left and Rondon got there first, he nodded it at goal and Begovic has to dive to repel it - it's a good save and a crucial one too.

We just haven't got out of the blocks so far. 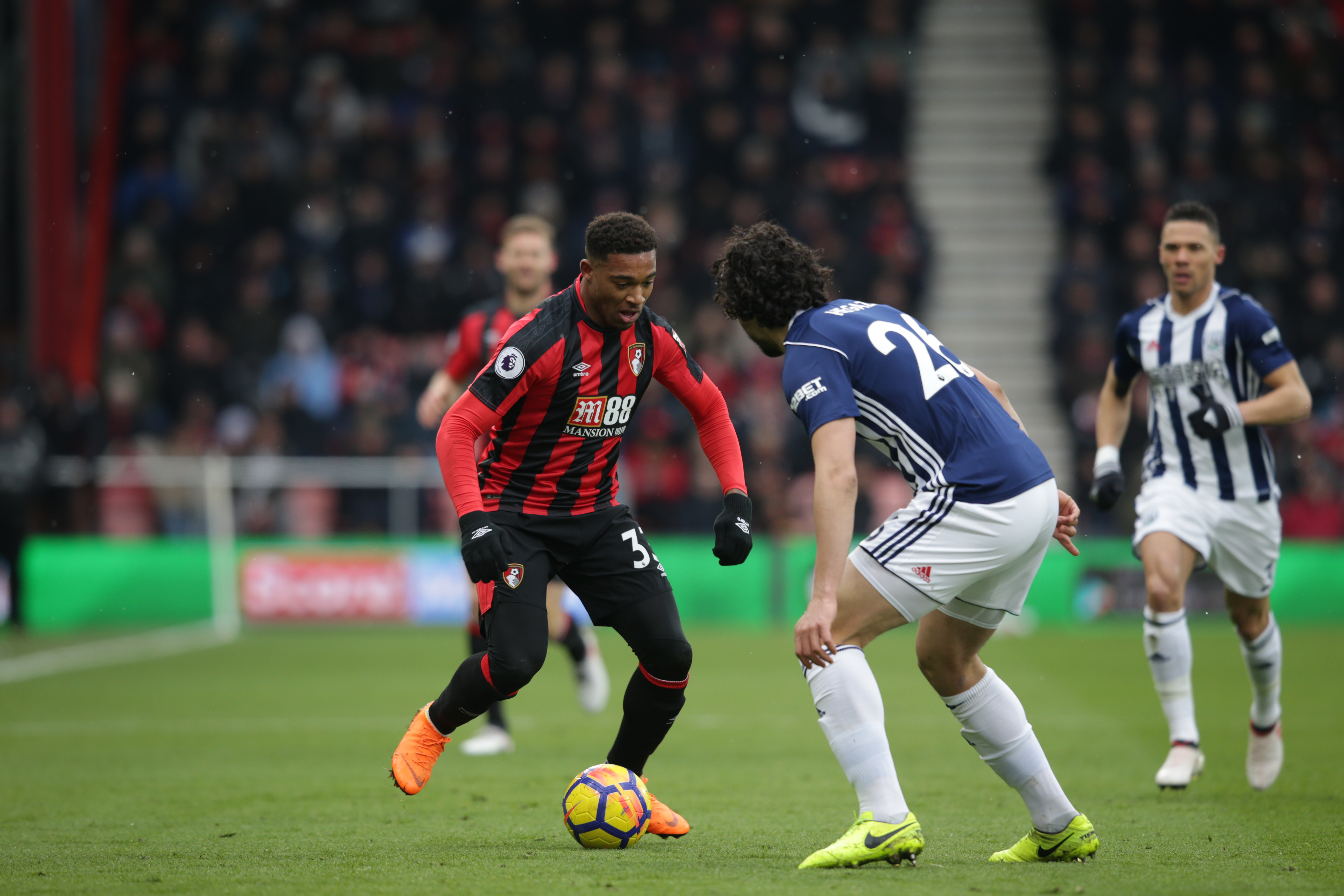 Nothing to shout about yet.

Albion's gameplan of sitting deep and looking to break is working so far.

He went down innocuously and straight away gave Steve Cook the armband.

Charlie Daniels replaces him, which means Daniels will play at left-back, with Adam Smith at right-back.

They nick it in the middle and get it straight to Rodriguez.

He lets fly from 25-yards - it's a good strike but it's straight at Begovic. Danger again.

A series of good balls in the box are our route of attack.

The last one saw Joshua King dink one in for Dan Gosling who steamed above Nyom, but Ben Foster was able to catch it with ease.

First opening for us.

Nyom gets to the byline again and slaps in a cross, Rondon does get to it this time in a really good area, but nods it and Begovic is able to save.

Either side and it's probably a goal.

Allan Nyom gets wide for the visitors who look to counter.

He puts in a great ball in, but Salomon Rondon in the area can't get a toe on it.

A threatening moment, but we've stepped up our game, with the majority of the ball our.

They haven't created anything clear cut yet, but we've had to deal with some dangerous deliveries into the box.

We haven't got into our flow yet, but it is still very early doors!

Claudio Yacob gets us underway.

The Cherries will attack the Colmar Construction Ted MacDougall Stand to begin...

The teams are out...

A reminder, click listen live for FREE audio commentary directly from the ground!

The teams are in from the warm up...

It is very very cold here in the press box - the wind and snow are sweeping in!

Hopefully a good game can warm us up, we're ten minutes from kick-off.

The skipper has his say...

🗣️ "We have to respect our opponents, even thought they are bottom of the league.

"It's important we get off to a great start like last week and that we are ruthless when chances come our way." 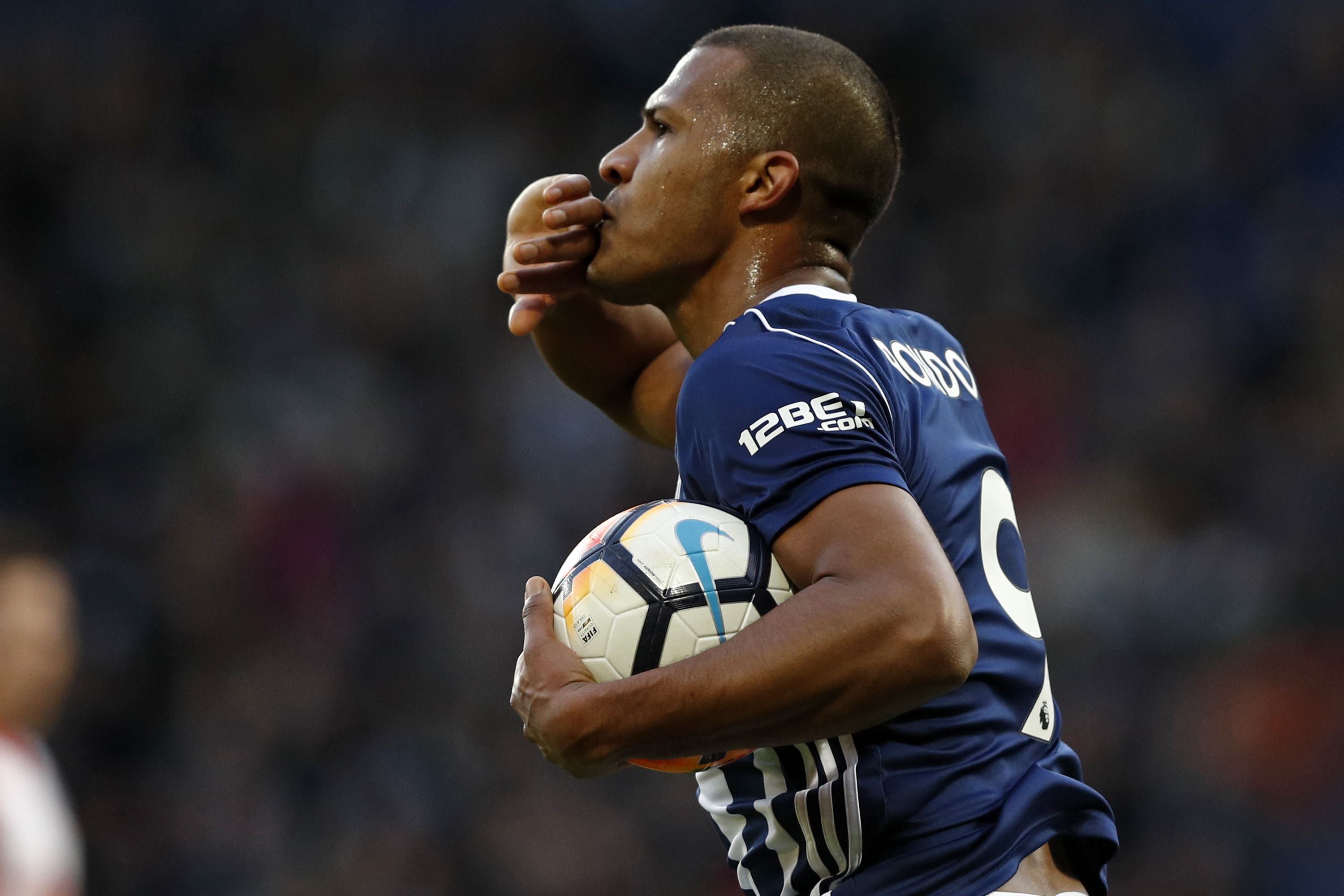 On his day he can cause any defence problems with his size and aerial prowess.

Rondon scored a brilliant volley against Southampton recently and against Leicester last week, our job is to stop the supply to the big Venezuelan!

How do West Brom look heading into this? 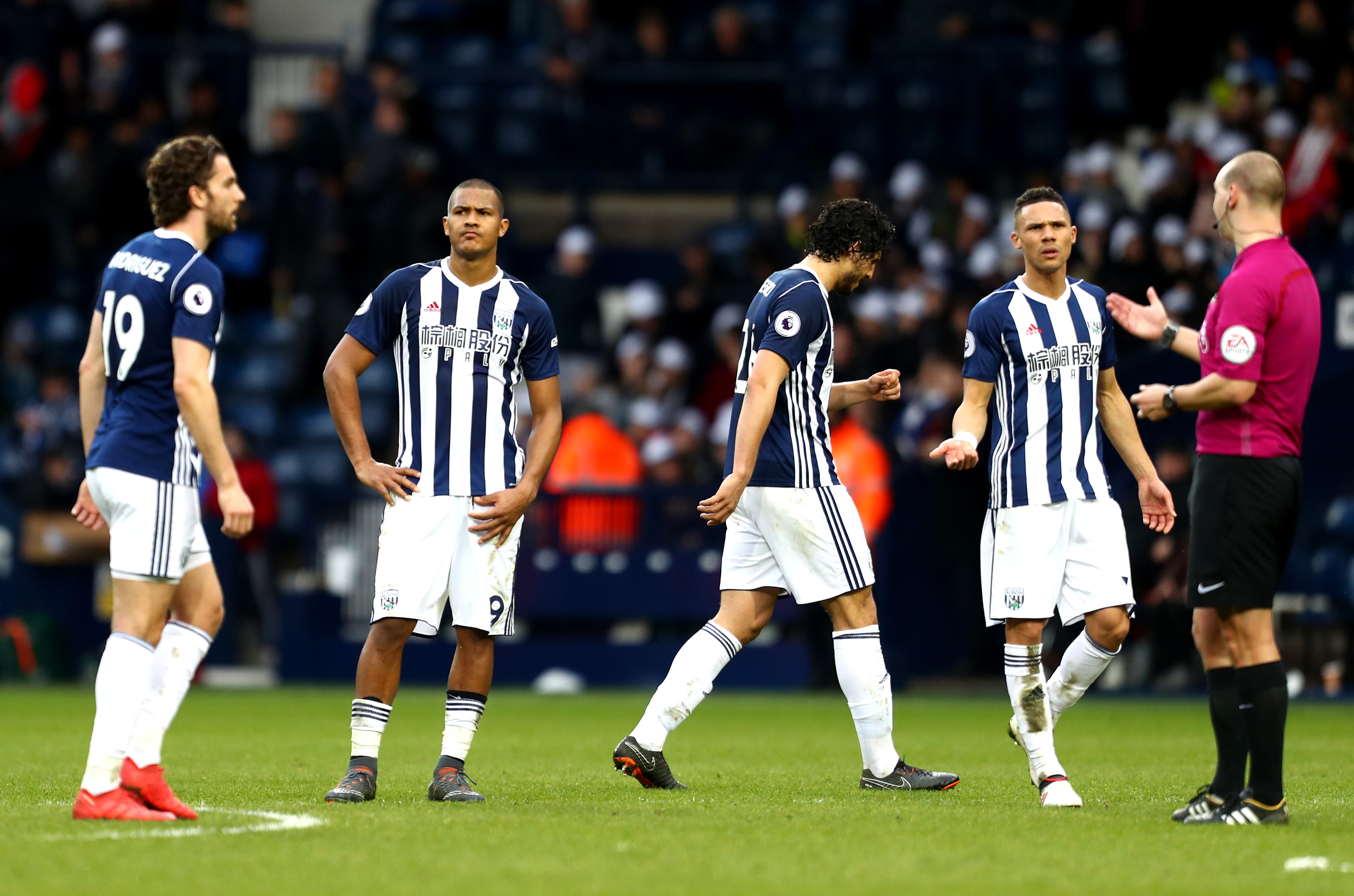 It's well documented about Albion's struggles.

The Baggies were victorious in their opening away fixture at Burnley in August, but haven't won away since.

But every Premier League team is dangerous, the lads certainly won't be underestimating them today! 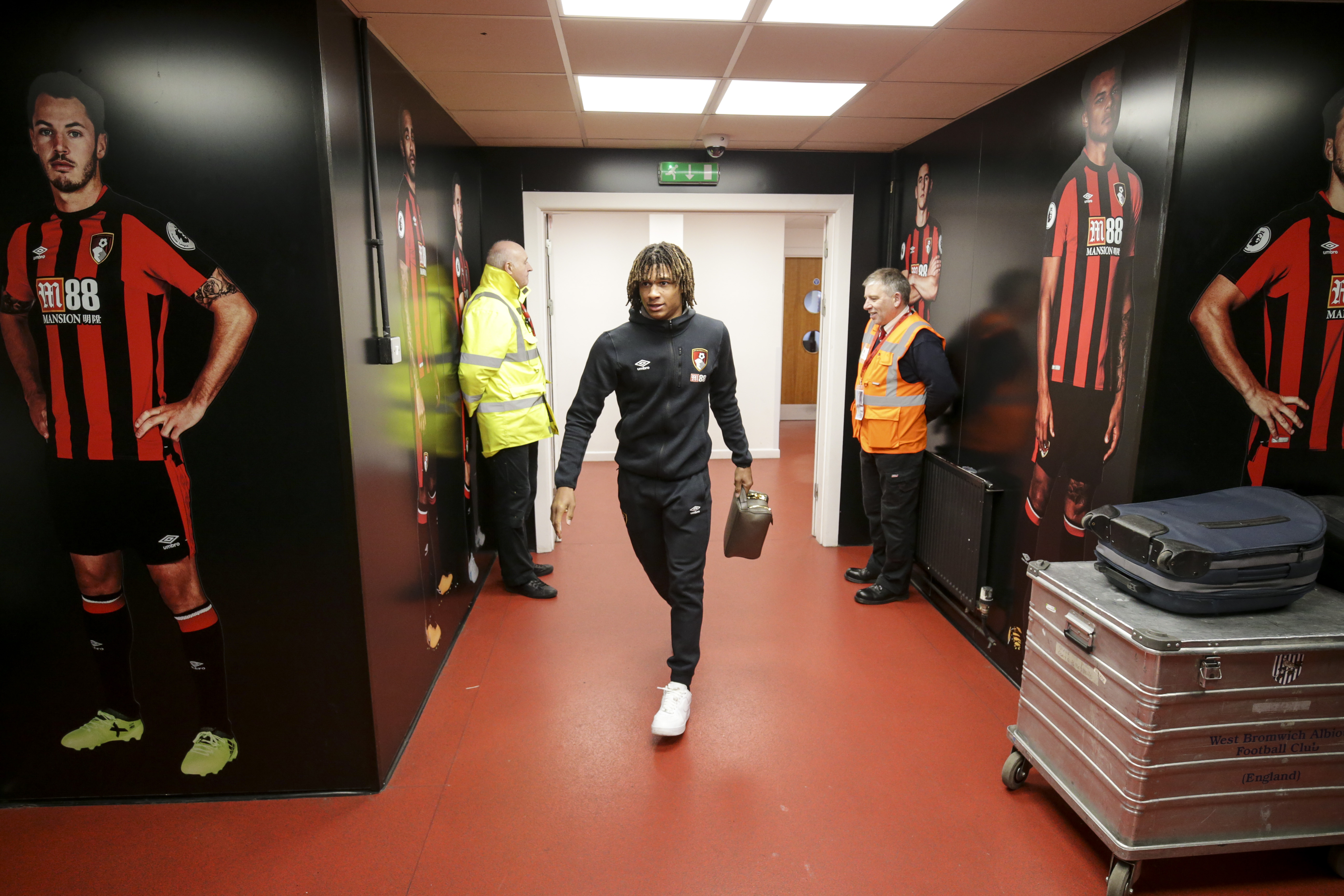 TEAM NEWS IS IN!

📰 Headline team news ahead of our @premierleague game against @WBA at Vitality Stadium...

🔘 King and Wilson up top
🔘 A Smith also in starting XI
🔘 Daniels, Mousset on bench

Pumped for the big game! 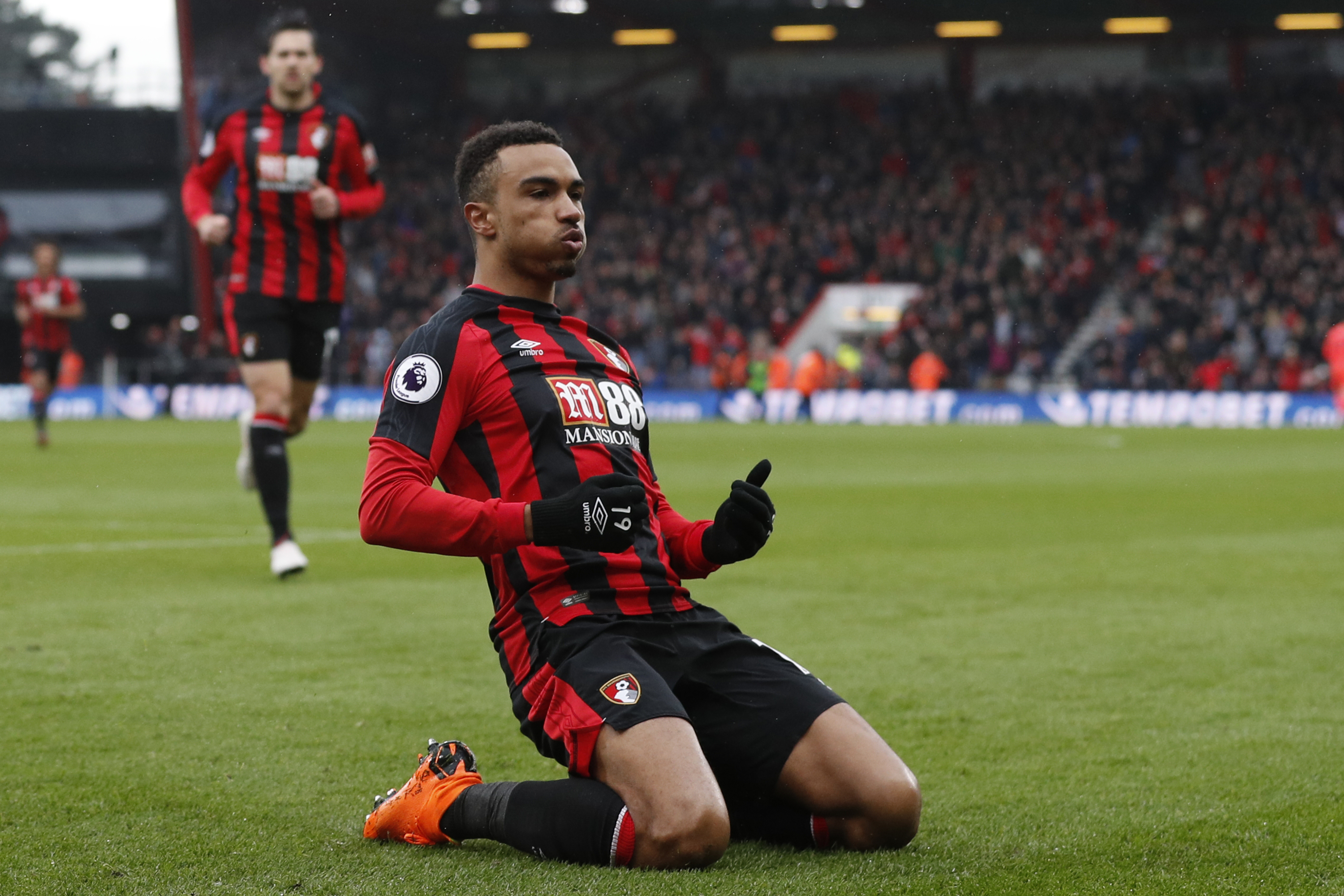 Well, the run in front of goal has been good recently.

The Cherries have scored in each of their last 11 games, a Premier League club record.

On the flip side, Alan Pardew's men have conceded 16 goals during their six-game losing run.

If only the game was played on paper!

The last time we played @WBA at home, @CallumWilson scored his first goal back from injury... 🔥🔥🔥#afcb 🍒 pic.twitter.com/E9uG0styjy 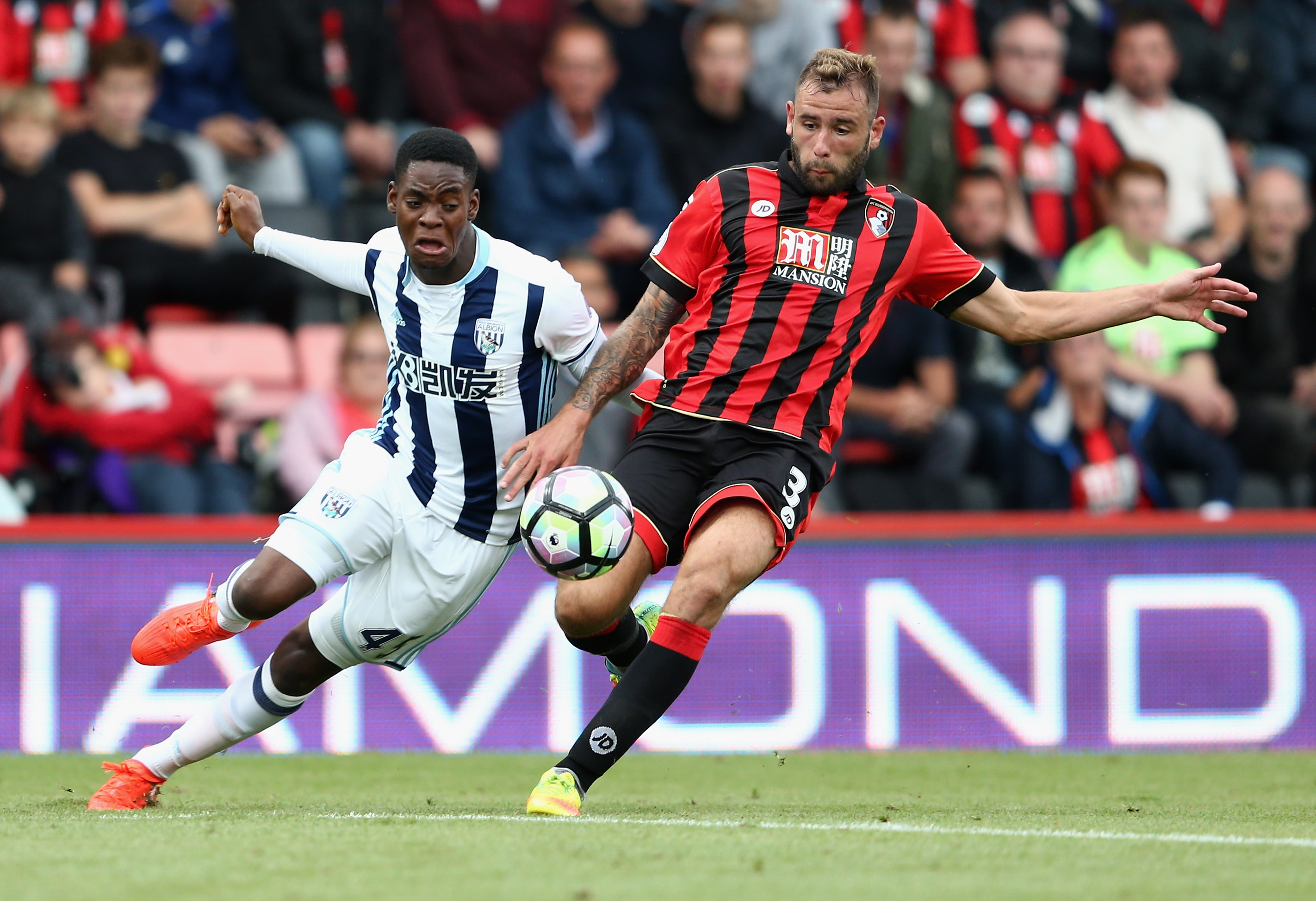 West Brom won 1-0 against us on the opening day of the season and it seems a really long time ago, that's one of just three league wins for them this season.

But we are unbeaten in both of our previous Premier League home fixtures against the Baggies.

A big game for both sides ahead! 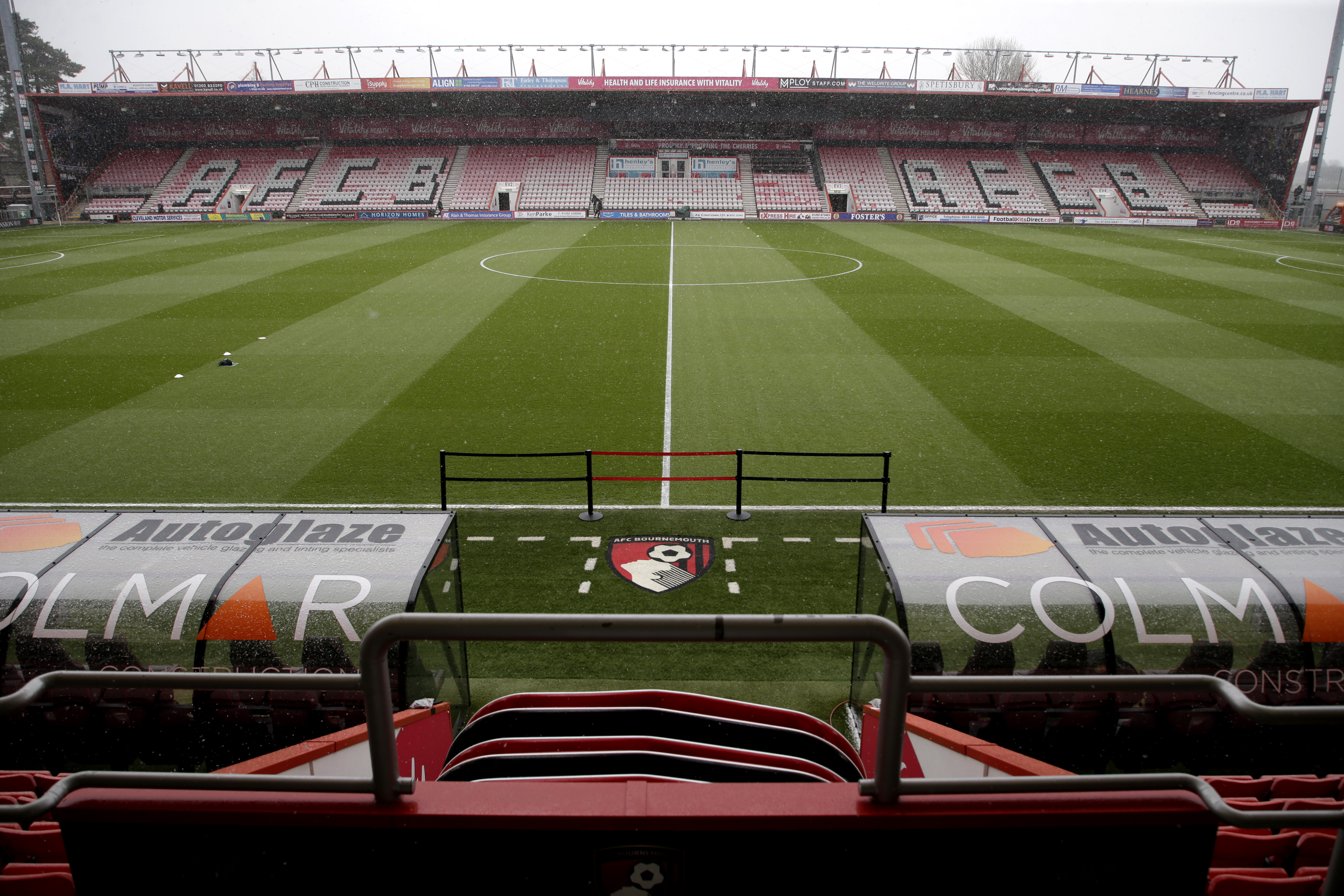 But it's not Christmas! It's matchday at Vitality Stadium and there's a big three points on the line against West Bromwich Albion.

We face the Midlands side at 3pm and we'll have every kick covered from live audio commentary, live text commentary and across our social media platforms. Join us!