AFC Bournemouth came from behind as they secured a 2-1 win over West Bromwich Albion.

The first half was a battle, neither side creating much in the way of chances though the away side looked the more likely to do so.

The Baggies had the lead when Jay Rodriguez netted as he swivelled in the six-yard box right after the restart, though Jordon Ibe levelled as he struck with pace from range with 15 minutes remaining.

The seconds were ticking away before Stanislas stepped up to complete the turnaround with a wondrous freekick from range to claim the three important points for the Cherries in a hard-fought encounter.

There were two changes to the Cherries starting 11, Joshua King and Ibe both in from the off after recovering from injury and illness.

West Brom won an early corner from a spirited start and on the counter Allan Nyom's wicked cross was only just ahead of Salomon Rondon.

The Baggies striker then directed a header that Begovic caught, while at the other end Dan Gosling's goalward header from King's cross was claimed by 'keeper Ben Foster.

Charlie Daniels, on for Francis and taking up his normal left-back role, tested Foster's handling from range, Begovic soon called on again as Rondon directed a diving header to the left of the 'keeper.

The Cherries growing into the game past the half hour, though Adam Smith was booked for a late challenge Jake Livermore also cautioned for his reaction.

Closing in on the interval and Stanislas won his side a freekick on the apex, taking the set piece himself his dipping effort was kept out by Foster at his near post.

Within four minutes of he restart the Baggies had the lead as the Cherries were unable to clear a cross.

Kieran Gibbs delivered the arching centre, Rondon headed back across the six-yard box and Rodriguez controlled and turned to smash home from close range.

Steve Cook turned in the Baggies' area as the Cherries looked to immediately redress the scoreline, the defender's shot arrowing over the bar.

Ten minutes into the second half Lys Mousset was introduced from the bench, Eddie Howe looking for an attacking thrust from his side.

With West Brom sitting in a deep and rigid rearguard, the hosts were struggling for room and inspiration, Mousset having a venomous shot blocked by a defender.

There were under 20 minutes left on the clock when Jermain Defoe came on to replace Wilson, and moments later Stanislas spun a delicate freekick onto the roof of the area after King had been fouled.

And the Cherries were level when Ibe beat Foster from distance.

Ibe had switched to the left side a minute or so earlier and the winger stepped inside and struck with power. Angled across goal and with plenty of action on it, the visiting 'keeper getting down to the all but not able to keep it out.

The match square again, the contest opened up, both sides looking for a winner to bolster their chances of Premier League survival.

The comeback was complete in stunning circumstances moments after Stanislas strode up to take a freekick in the 89th minute.

The Cherries midfielder placed the ball down 25 yards from goal and delivered the most sumptuous of strikes to beat the wall and sneak inside the post, Foster entirely blameless this time.

Nathan Ake and Livermore clashed heads in the five minutes of added-on time, while there was one last significant piece of action in a tense finale - Daniels was required to clear off the line in the very last seconds as West Brom looked set to score.

However, Bournemouth were able to see out the win and move onto 36 Premier League points in the quest for a fourth tilt at the top-flight next season. 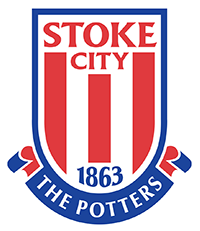